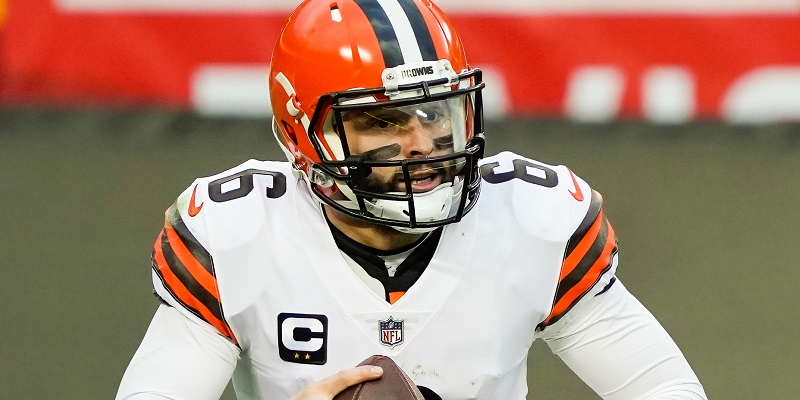 Cleveland Browns quarterback Baker Mayfield said Wednesday that he is in “no rush” to sign a contract extension.

Why? Well, Mayfield said that he has “bet on myself my whole life. I’ve always taken it one day at a time, one play at a time. … I’m not going to handle it any differently now.”

Mayfield’s answer came after he initially was pressed if he’d like a deal done immediately.

“It will handle itself,” Mayfield said. “I’m sure (agents) Tom and Jack Mills are handling that. I don’t try and feed too much into that because it’s wasting my time and energy and thought process on stuff that I am not in control of right now, so I’m gonna handle what I can control.”

The Browns already have exercised the fifth-year option on Mayfield for 2022, with the top overall pick of the 2018 NFL Draft set to earn $18.858 million.

He led the Browns to an upset 48-37 win over the Pittsburgh Steelers in the AFC wildcard playoffs. Cleveland lost to Kansas City 22-17 in the divisional round.