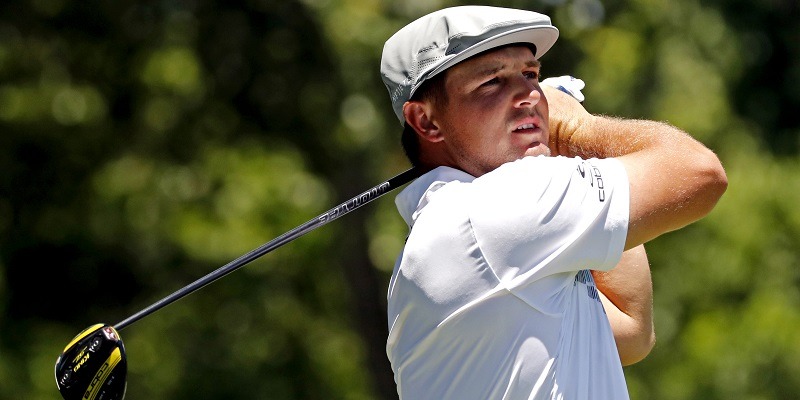 Bryson DeChambeau’s physique has drawn almost as much attention as the PGA Tour’s coronavirus protocols over the past two weeks.

And the bulked-up DeChambeau is also gaining the attention of bettors with his recent results.

DeChambeau, who estimates he put on about 20 pounds during the Tour’s 91-day hiatus in a successful effort to increase his swing speed and distance, has posted four consecutive top-five finishes. That includes a T3 at last week’s Charles Schwab Challenge.

Top-ranked Rory McIlroy remains the pre-tournament favorite at +1100 by Bet America and +1200 by DraftKings, but DeChambeau is seeing significant action even at +1400 by both sportsbooks. As of Wednesday, he was responsible for the biggest handle at 6 percent and the most total bets at 4 percent at DraftKings.

PlaySugarHouse reported the most bets outside of a major in its history for the Charles Schwab Challenge, while DraftKings said it was the book’s highest grossing golf event ever by handle.

The action remains heavy heading into the RBC Heritage with the return of major team sports in the United States still several weeks away.

Webb Simpson (+3000 at DraftKings) makes his return after skipping last week’s event, and is just behind DeChambeau for handle and total bets at the book. Next is Justin Thomas (+1600), who has risen to No. 3 in the world rankings.


Brooks Koepka remains a popular bet. Despite failing to finish within the top 30 in any of his four events in on the PGA Tour this year, it’s impossible to overlook a four-time major champion sporting a +4500 moneyline. That has drawn five percent of the handle and four percent of the total bets at DraftKings.

That’s equal to McIlroy, who just had a streak of seven consecutive top-5 finishes snapped.

McIlroy remains confident with his game, while he sees potential danger lurking for a massive hitter like DeChambeau at Harbour Town.

“He nearly won on Colonial, but Colonial you can always miss it on one side. Somewhere like here, Hilton Head, you’ve got trouble on both sides. So there’s not really a bailout anywhere.”