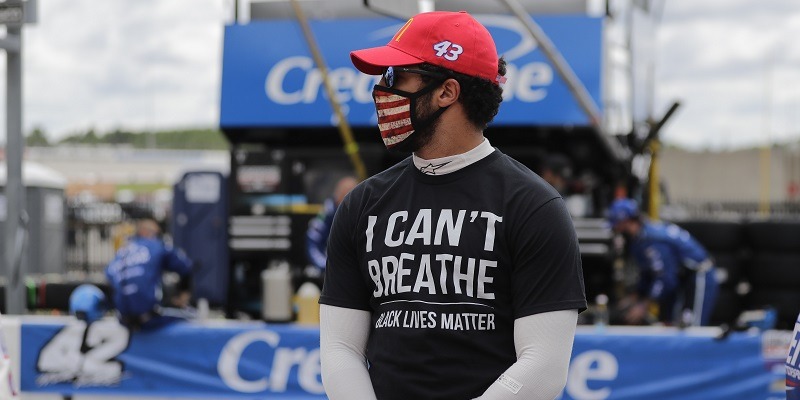 Bubba Wallace is the only full-time black driver in NASCAR’s top circuit, and he hasn’t been shy about pushing for progress in racial equality.

The 26-year-old said in a CNN interview he’s ready for racing to put action behind a vow to enact change and social justice by removing Confederate flags from racetracks.

“We should not be able to have an argument over that,” he said. “It is a thick line we cannot cross anymore.”

Confederate statues have been removed across the south. The Alabama native said he understands his opinion might not be a popular one, but with a growing movement for justice and equality, Wallace thinks now is the time to address the flag.

“There’s going to be a lot of angry people that carry those flags proudly, but it’s time for change,” he said. “We have to change that, and I encourage NASCAR — we will have those conversations to remove those flags.

“No one should feel uncomfortable when they come to a NASCAR race. So it starts with Confederate flags. Get them out of here. They have no place for them.”