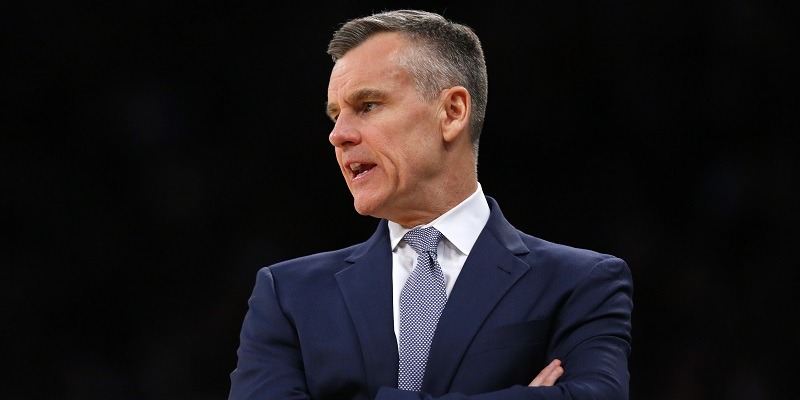 Billy Donovan will be the next head coach of the Chicago Bulls, the team announced Tuesday.

“We are very pleased to welcome Billy and his family to the Chicago Bulls. The success that he has sustained over the course of his coaching career puts him on a different level,” said Arturas Karnisovas, the Bulls’ executive vice president of basketball operations. “We feel his ability to help his players reach their potential, both individually and collectively, will mesh well with our roster. Whether as a player or as a coach, he has won everywhere his career has taken him, and we hope that will continue here in Chicago.”

Donovan, who came in third in NBA Coach of the Year voting this season, mutually agreed to leave the Thunder earlier this month after Oklahoma City lost Game 7 of the their first-round Western Conference playoff series to the Houston Rockets, 104-102. Donovan, 55, completed the five-year deal with the Thunder that he signed in April 2015.

In his first season in Oklahoma City, he led the Thunder to a 55-27 record and a berth in the Western Conference finals, which they lost to the Golden State Warriors in seven games.

Donovan played college basketball at Providence and led the Friars to the 1987 Final Four, averaging 20.6 points per game that season as a senior.