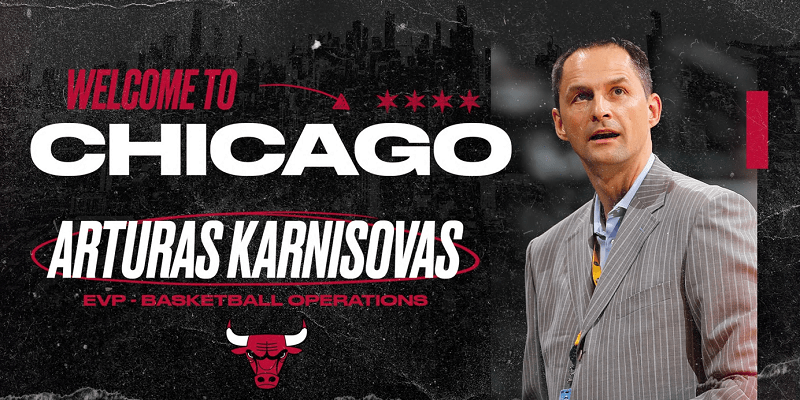 The Chicago Bulls fired longtime general manager Gar Forman on Monday, the same day they made official the hiring of Arturas Karnisovas as executive vice president of basketball operations.

“It was so clear that Arturas checked every box for us,” Bulls team president Michael Reinsdorf said. “But there is one thing left. At the end of the day, Jerry, my dad, is still the boss. It was clear after that meeting that we had our guy.”

Karnisovas said Monday via teleconference that his philosophy was different from Forman’s, which was the reason he made a change. He said his next order of business will be hiring a GM.

“I think right from the start during this hiring process (the Bulls) were hiring (the) No. 1 decision maker. John has a great reputation around the league and can be an asset. I appreciate his candor,” Karnisovas said. “He could be a huge help while I’m making this transition.”

Arturas Karnisovas on Gar Forman: “We have different philosophies. Gar gave his best to the Bulls organization. Those decisions are never easy, but I was hired to affect change on the current organization.”

Arturas Karnisovas: “One of my primary goals is to establish player development. We’re the second-youngest team in the league with a strong young core. Bulls drafted well. Players want to play, but at the end of the day, they want to win. My job is to facilitate that.”

Arturas: “I like high pace, moving the ball… I like multipositional players, guys with high basketball IQ that play off each other. That takes time. I like a read-and-react offense… we need to establish a culture of who we are as a team and our expectations for winning.”

Forman had been with the Bulls for 22 years, serving as general manager since May 2009. He was named the NBA Executive of the Year in 2011.

The Bulls made the playoffs seven times with Forman at the helm but missed out the past two seasons. When the 2019-20 season was suspended on March 11, the Bulls (22-43) were in 11th place in the Eastern Conference, eight games out of the final playoff spot.

“Gar Forman worked tirelessly for the Chicago Bulls organization, first as a scout and then as an executive,” team chairman Jerry Reinsdorf said in a team statement.

“He made many significant contributions during his time here and helped to bring some of the brightest young basketball talent to our team, from Derrick Rose, Joakim Noah and Taj Gibson to Jimmy Butler and Coby White. He has been a trusted advisor and friend to me over the years, and on behalf of everyone I want to thank him for his commitment to the organization. Gar will always be a part of our Bulls family.”

Number 7 is the goal. pic.twitter.com/eku6Mq9e6T

Unlike Paxson, Forman will not continue with the franchise.

“It has been an honor and a privilege to work for the Chicago Bulls for more than two decades,” he said, adding, “The Bulls organization will always hold a special place in my heart.”

Jim Boylen was spared his job as head coach for now, but a change is expected once the front-office structure is finalized and prior to the NBA draft.