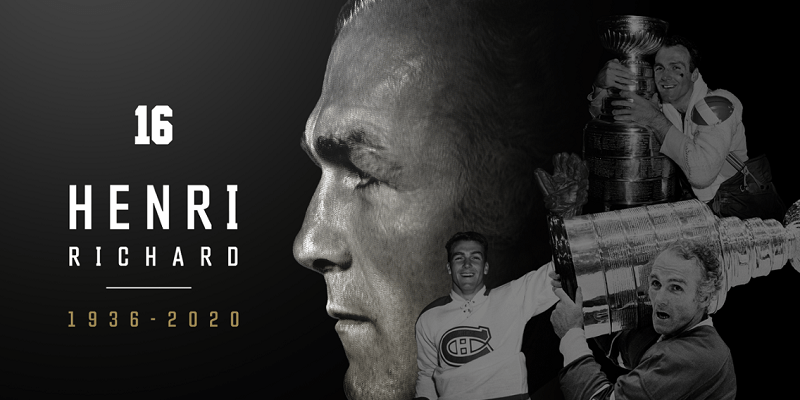 Center Henri Richard, who enjoyed a 20-year Hall of Fame career with the Montreal Canadiens, died on Friday morning. He was 84.

Richard, who played from 1955-1975, won 11 Stanley Cups with the Canadiens, more than any player in history.

Known as “The Pocket Rocket,” Henri Richard was the younger brother of Maurice “Rocket” Richard, who won eight Stanley Cups in an 18-year career with the Canadiens. The two overlapped on the roster from 1955-60.

The Montreal Canadiens are saddened to learn of the passing of one of the organization’s greatest legends and ambassadors, Henri Richard, this morning. Our thoughts and sincere condolences go out to the Richard family.https://t.co/8zuCcsd2Fg

The Canadiens addressed the loss on Friday morning.

“The Montreal Canadiens are saddened to learn of the passing of one of the organization’s greatest legends and ambassadors, Henri Richard, this morning,” read a message on the team’s Twitter account. “Our thoughts and sincere condolences go out to the Richard family.”

He was inducted into the Hockey Hall of Fame in 1979, four years after his retirement.

Henri Richard won as many Stanley Cups as the Detroit Red Wings franchise, who have won the third-most in NHL history.

Richard is survived by his wife Lise and five children, 10 grandchildren and four great grandchildren. The family asked for privacy in a statement issued through the Canadiens.

“The family would like to sincerely thank the staff at CHSLD Residence Riviera for their wonderful care. They demonstrated incredible professionalism and humanity. The family would also like to thank the public for their heartfelt condolences and kindly requests that its privacy be respected during this difficult time.”