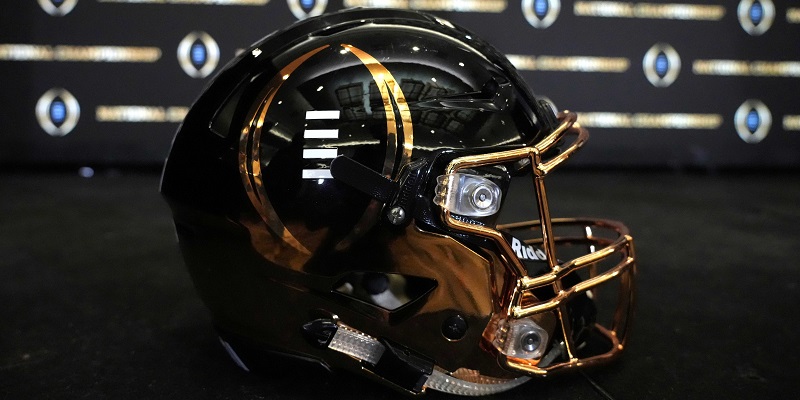 The College Football Playoff will stick with its four-team format for at least the next four seasons.

Executive director Bill Hancock announced Friday that the national championship structure will not change until after the original 12-year plan expires with the 2025-26 season.

The CFP board of managers met via video conference Thursday to discuss a possible expansion to 12 teams. No changes were approved, but discussions are expected to continue regarding a new format that would go into effect in the 2026-27 season.

“Even though the outcome did not lead to a recommendation for an early expansion before the end of the current 12-year contract, the discussions have been helpful and informative,” Hancock said in a statement. “I am sure they will serve as a useful guide for the Board of Managers and for the Management Committee as we determine what the Playoff will look like beginning in the 2026-2027 season.

“I thank the working group for its hard work that resulted in the 12-team proposal, and the Management Committee for its thorough and diligent job reviewing it and other possible expansion ideas. This has been a long, careful, and detailed process that involved many people considering a complex matter. I am grateful to everyone for their dedication to college football and the detailed and deliberative effort everyone put into the consideration of a different format. I know the four-team event will continue to be successful.”

The current format matches the No. 1-ranked team vs. No. 4, and No. 2 vs. No. 3 in semifinal games that rotate annually among six bowl games: Cotton, Fiesta, Peach, Orange, Sugar and Rose.

The upcoming season’s playoff semifinals will take place on Dec. 31 at the Fiesta Bowl and Peach Bowl. The Los Angeles area will host the College Football Playoff national championship game on Jan. 9, 2023, at SoFi Stadium, the site of Super Bowl LVI.