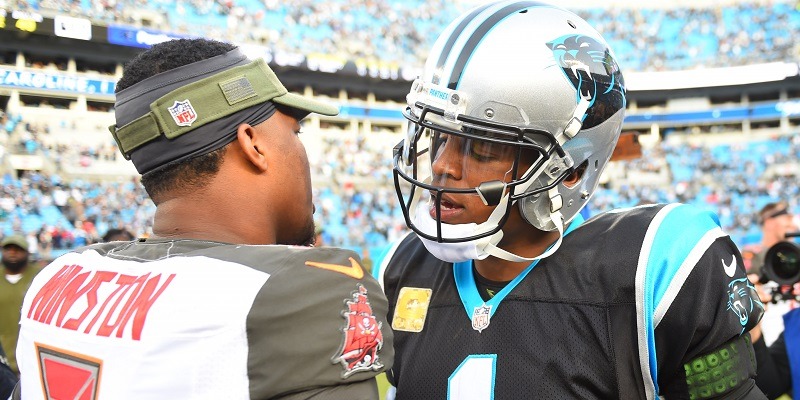 And that may not be good news for Gardner Minshew or Tyrod Taylor.

At the DraftKings sportsbook, odds are available for the next landing spot for three quarterbacks: Andy Dalton, Cam Newton and Jameis Winston. And in all three instances, the Jacksonville Jaguars and Los Angeles Chargers are among the top four. A further look at the numbers reveals:

The quarterback carousel kicked into high gear on March 17. That day, Philip Rivers agreed to join Indianapolis after 16 seasons with the Chargers, and Tom Brady agreed to join the Tampa Bay Buccaneers after two decades with the Patriots, leaving Winston without a team. News also broke that the Carolina Panthers were adding Teddy Bridgewater, suddenly making Newton expendable.

A day later, the Jaguars agreed to trade former Super Bowl MVP Nick Foles to Chicago, handing the starting job to Minshew instead of what was expected to be a high-profile battle for the job in camp. One week later, the Panthers released Newton.

With Rivers gone and having missed out on getting Brady, the Chargers currently have Taylor as their starter. Over the weekend, Taylor told The Orange County Register he expects the Chargers offense under his leadership to “turn a lot of heads.”

That hasn’t slowed down the rumors connecting Newton to the Chargers, however. And with Newton (Florida and Auburn) and Winston (Florida State) both spending their NCAA and NFL careers in the Southeast, oddsmakers see both as solid candidates to join the Jags and push — or back up — Minshew, who only got a shot as a rookie after Foles was injured in the 2019 season opener.

As for Dalton, the Bengals hold the No. 1 overall pick and are widely expected to take LSU quarterback Joe Burrow. Dalton has reportedly been on the trade block for several weeks, although recent reports have said the team hasn’t ruled out keeping him on the roster.

Here is a look at the top five teams to land each quarterback, according to odds posted by FanDuel: