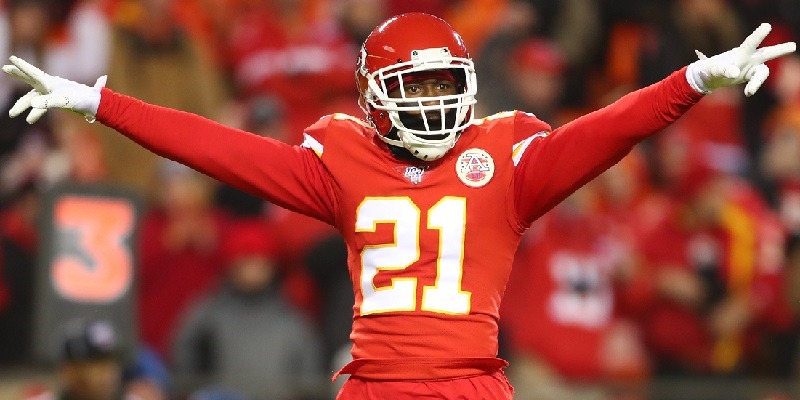 Bashaud Breeland was informed of a four-game suspension that will keep the Kansas City Chiefs starting right cornerback out of the lineup until Oct. 11.

Breeland will not be available against the Houston Texans (Sept. 10), at the Los Angeles Chargers (Sept. 20), at the Baltimore Ravens (Sept. 28) and when the New England Patriots visit Arrowhead Stadium on Oct. 4.

The Chiefs host the Las Vegas Raiders on Oct. 11.

The cornerback position is a noted weakness on the roster for the Chiefs.

In April, Breeland was arrested in South Carolina on five charges, including three related to alcohol or marijuana.

Breeland, 28, is a native of Allendale, S.C., and played in college at Clemson.

The six-year veteran joined the Chiefs last season, intercepting two passes in 16 games and adding another interception in the team’s Super Bowl LIV victory. He re-signed with the Chiefs on a one-year deal worth a reported $3 million ($2.5 million guaranteed) — or up to $4.5 million with incentives — in March.