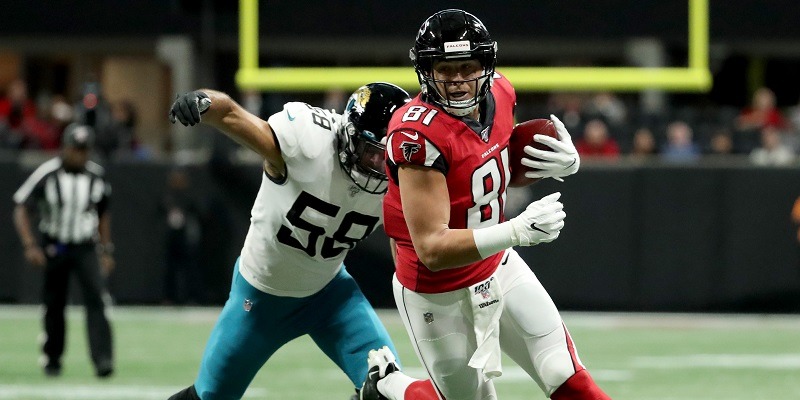 Free agent tight end Austin Hooper agreed to terms with the Cleveland Browns on a deal that makes him the highest-paid player at his position.

Free agents can agree to terms with teams Monday but deals cannot be official until Wednesday at 4 p.m. ET.

Hooper, 25, earned his second consecutive Pro Bowl selection and set career highs across the board with 75 catches for 787 yards and six touchdowns despite missing three games in 2019 with the Atlanta Falcons.

The Falcons, Green Bay Packers and Washington Redskins were all in the bidding for Hooper, per NFL Network.

ESPN reported Hooper was leaning toward joining the Browns but kept the door open to any last-minute suitors.

The Browns are determined to further upgrade their offense around third-year quarterback Baker Mayfield.