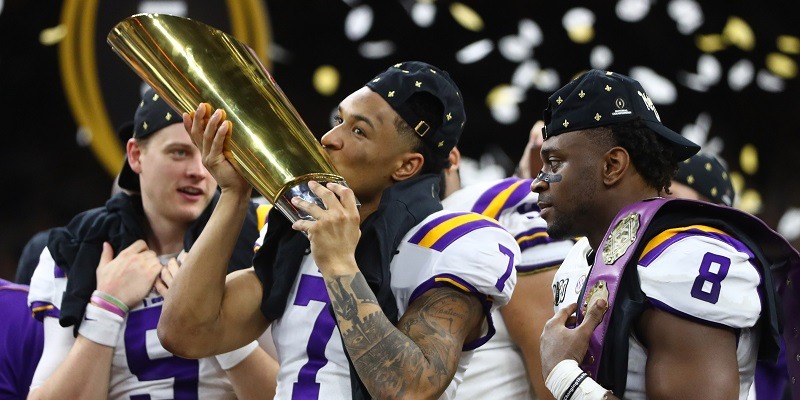 The College Football Playoff Selection Committee plans to be ready should a postseason be in the cards.

The Atlantic Coast Conference and Big 12 are in alignment with the Southeastern Conference with plans to play this fall, while the Big Ten and Pac-12 are opting for the spring.

“We don’t know right now what the season will bring, but as a committee, we are ready to use the protocol and the expertise of the 13 people who have been charged with selecting the teams,” said Iowa athletic director Gary Barta, who is beginning his first year as committee chair.

“The committee’s task is to rank the teams based on what happens on the field. This week gave us a great chance to catch up with the familiar faces and welcome our three new members to the process. If the board and management committee say we are having a CFP, we will be ready.”

The final selection committee rankings of the 2020 season will be released on Dec. 20. The committee will also announce the matchups for the semifinals at the Rose Bowl Game and Sugar Bowl, as well as the other New Year’s Six bowl pairings.

The College Football Playoff on Thursday announced recusals for 10 of its 13 selection committee members. However, four of them have asterisks by their names because their affiliated schools aren’t playing in the fall.

The recusal policy remains the same as it has the past six years.

“A recused member is permitted to answer only factual questions about the institution from which the member is recused but shall not be present during any deliberations regarding that team’s selection or seeding,” the policy states.