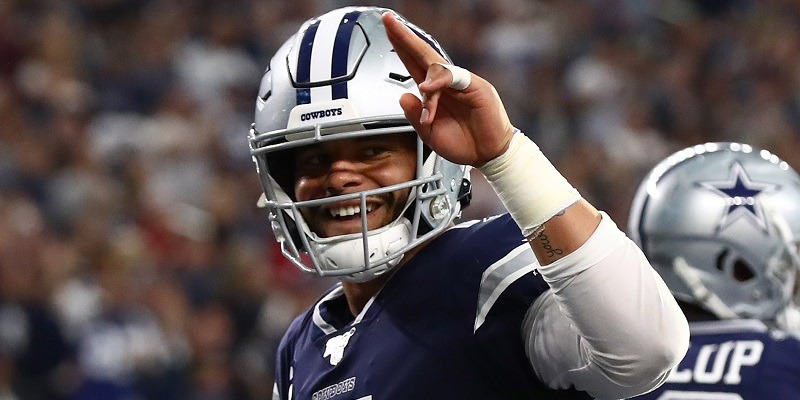 Dak Prescott will receive the exclusive franchise tag as the Dallas Cowboys continue to push for a long-term deal.

According to multiple reports, the Cowboys are focused on signing Prescott to a multi-year contract. The exclusive franchise tag prevents players from negotiating with other teams, effectively ending all aspects of free agency outside of the player’s current team.

Prescott and the Cowboys discussed a long-term deal last week in Indianapolis. Owner Jerry Jones would not call the talks “progress” but rather said he was resigned to the fact that Dallas would have to do a deal to keep Prescott.

“It’s something we have to do. But it still has to make sense for the Dallas Cowboys,” Jones said during a media session on his bus at the NFL Scouting Combine.

Mike McCarthy when asked if Dak Prescott is the Cowboys’ franchise QB pic.twitter.com/GbFrb0z2Qp

Prescott could command between $35 million and $40 million per season, according to reports. But first-year coach Mike McCarthy said the Cowboys are 100-percent committed to building their team around Prescott.

That could mean there’s not enough in the coffers for the Cowboys to retain wide receiver Amari Cooper, among other free agents eligible to hit the market on March 16.