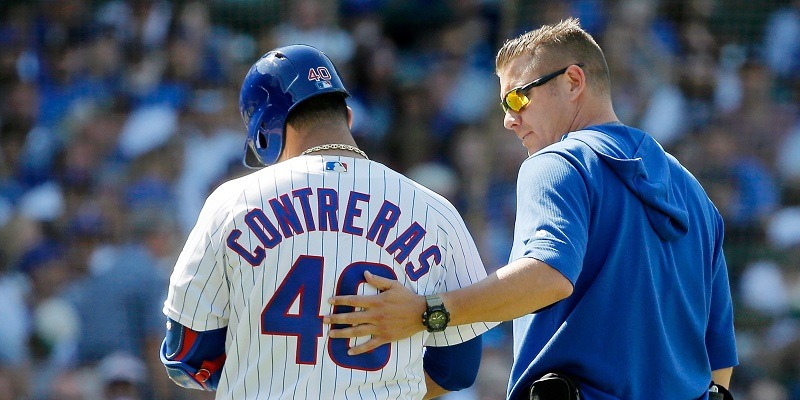 Chicago Cubs catcher Willson Contreras, who went on the 10-day injured list on Sunday, likely will miss four weeks, according to multiple reports.

Contreras suffered a right hamstring strain Saturday while running out a fly ball against the Milwaukee Brewers in the seventh inning. Contreras was scheduled to undergo an MRI exam on Monday.

The 27-year-old Contreras is hitting .275 with 19 home runs and 57 RBIs in 87 games. Contreras, an All-Star starter in each of the past two seasons, also missed time in mid-July with a foot injury.

His injury came three days after the Cubs, who had been carrying three catchers on the roster, traded veteran Martin Maldonado to the Houston Astros in exchange for utility man Tony Kemp.

Victor Caratini will be the Cubs’ primary catcher, backed up by Taylor Davis, who was called up from Triple-A Iowa.