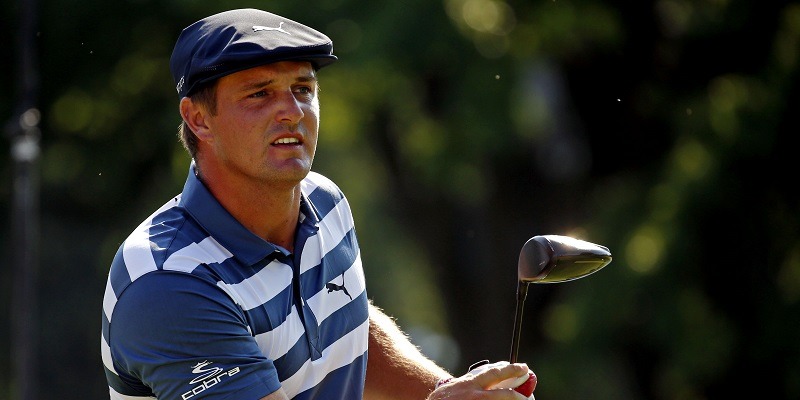 Bryson DeChambeau vaulted three spots to No. 7 in the official world golf rankings the day after his victory at the Rocket Mortgage Classic.

The hottest golfer on the planet also became the favorite to win next month’s PGA Championship while closing in on Rory McIlroy in pre-Masters odds.

DeChambeau has not finished lower than a tie for eighth in his past seven starts dating back to The Genesis Invitational in February. And he finally snapped a winless streak on the PGA Tour dating back to 2018.

The No. 7 ranking is DeChambeau’s highest since just after last year’s The Open Championship. His career best is No. 5.

Sportsbooks are sensing the floodgates continuing to open for DeChambeau, who continues to overpower golf courses with his prodigious driving length.

The PGA Championship at Harding Park in San Francisco next month will be the first major on the PGA Tour’s revamped schedule due to the coronavirus pandemic.

DeChambeau is a +800 moneyline favorite at DraftKings ahead of world No. 1 McIlroy (+900). However, McIlroy remains the +650 favorite for the Masters in November, with DeChambeau tightening the gap to +800.

“It’s a lot of momentum for the majors,” DeChambeau said of his victory at the Rocket Mortgage Classic. “It gives me a lot of confidence going forward that I’m heading in the right direction with my driving and my game.”

DeChambeau and McIlroy are not in this week’s field at the Workday Charity Open, a new event added to the schedule ahead of The Memorial, which will both take place at Muirfield Village in Dublin, Ohio.

Rahm is the top-ranked player in the field and is being offered at +1500 by FanDuel, with sixth-ranked Justin Thomas the slight favorite at +1400. Koepka, Japan’s Hideki Matsuyama and reigning Memorial champion Patrick Cantlay are each listed at +1600.

DeChambeau said he is using this week to physically and mentally train in Denver before returning to Ohio for the Memorial.

“I’m full sailing going as hard as I can to get as strong and as big as I can,” he said.