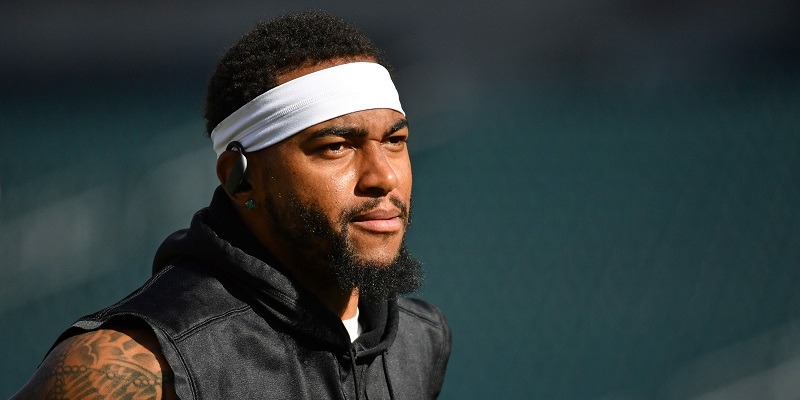 A string of anti-Semitic quotes shared on the Twitter feed of Philadelphia Eagles wide receiver DeSean Jackson over the weekend prompted the team to release a statement on its position Tuesday.

Jackson has two years remaining on his contract with the Eagles. The 33-year-old has a $6.2 million base salary for this season and $8.2 million next season.

“We have spoken to DeSean Jackson about his social media posts. Regardless of his intentions, the messages he shared were offensive, harmful, and absolutely appalling. They have no place in our society, and are not condoned or supported in any way by the organization.

“We are disappointed and we reiterated to DeSean the importance of not only apologizing, but also using his platform to take action and promote unity, equality, and respect. We are continuing to evaluate the circumstances and will take appropriate action.

“We take these matters very seriously and are committed to continuing to have productive and meaningful conversations with DeSean, as well as all of our players and staff, in order to educate, learn, and grow.”

Jackson published a string of derogatory social media posts over the Fourth of July weekend, one of which had an image of a page out of a book that included anti-Semitic quotes that were falsely attributed to Adolf Hitler. Jackson followed up with another post, saying “Anyone who feels I have hate towards the Jewish community took my post the wrong way I have no hatred in my heart towards no-one!! Equality Equality.”

He then shared the same page with part of the excerpt scribbled out and this passage highlighted: “(They) will extort America, their plan for world domination won’t work if the Negroes know who they were.”

Jackson also shared two posts with images and praise of Louis Farrakhan, the controversial religious figure who once described Hitler as a great man.

Jackson apologized for the posts in an Instagram video on Tuesday.

“My post was definitely not intended for anybody of any race to feel any type of way, especially the Jewish community,” Jackson said. “I post things on my story all the time, and just probably never should have posted anything Hitler did, because Hitler was a bad person, and I know that.”

I post a lot of things that are sent to me. I do not have hatred towards anyone. I really didn’t realize what this passage was saying. Hitler has caused terrible pain to Jewish people like the pain African-Americans have suffered. We should be together fighting anti-Semitism and racism. This was a mistake to post this and I truly apologize for posting it and sorry for any hurt I have caused.