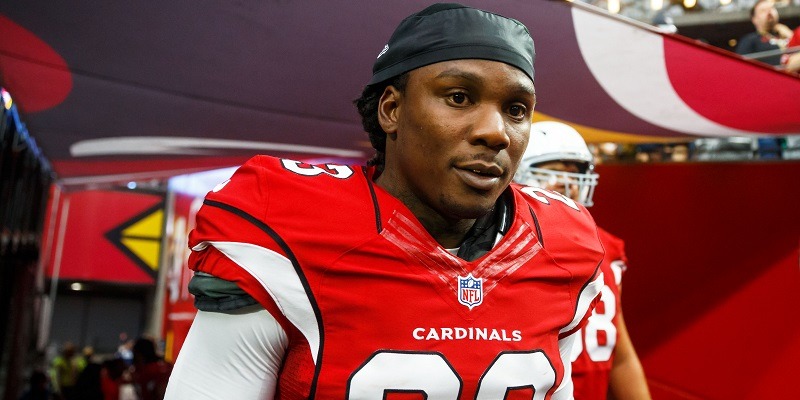 Former All-Pro running back Chris Johnson has been linked to a murder-for-hire plot that resulted in the deaths of two men in 2016, TMZ Sports reported Thursday.

TMZ said Johnson hasn’t been charged but is suspected of paying “a noted Florida gang member” to kill two men whom he believed shot at him and a friend in 2015.

“There’s no validity to any of these accusations,” a representative for Johnson told TMZ.

In March 2015, Johnson was a passenger in a Jeep traveling in Orlando, Fla., and was shot in the right shoulder in a drive-by shooting. The driver, Johnson’s friend, was shot in the head and died.

At the time, police said they believed the Jeep was targeted. Now, according to the TMZ report, court documents say “intelligence gathered suggested (the shooting) was a gang related murder attempt on Chris Johnson.”

The men suspected in the Orlando incident were shot dead in 2016 — one in January and one in June.

TMZ said that in exchange for killing the suspected shooters, Johnson paid the alleged gang leader, Dominic Bolden, by giving him “funds and an individual” who could help him form a drug trafficking organization.

The Tennessee Titans made Johnson, an East Carolina product, the 24th overall selection in the 2008 NFL Draft. In his second season with the Titans, he led the NFL with 2,006 rushing yards and was named First Team All-Pro.

He spent six seasons in Tennessee, gaining at 1,000 yards each year, but never achieved those numbers again. He signed a free-agent deal with the New York Jets in 2014, gaining 663 yards. He ended his career with the Arizona Cardinals, rushing for 1,023 yards in 19 games over three seasons (2015-17).

Johnson gained 9,651 yards on the ground and scored 55 touchdowns in his career. He added 2,255 receiving yards and nine scores.