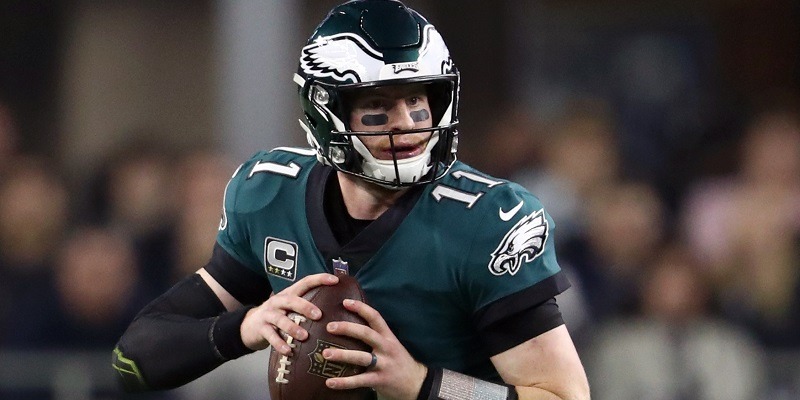 The next chapter of the Philadelphia Eagles-Dallas Cowboys rivalry will unfold on national television Sunday night when the 3-3 teams battle in Arlington, Texas.

The Eagles were handled 38-20 on the road against the Minnesota Vikings last Sunday as they dropped back to .500. Since winning Super Bowl LII to cap the 2017 season, the Eagles have won just 12 of 22 regular-season games.

The loss at Minnesota seemed to sting even more, since the Eagles had won two in a row and appeared to be gaining steam.

Philadelphia head coach Doug Pederson has expressed no public panic, appearing on local sports talk station WIP this week and seemingly guaranteeing a win at Dallas. However, he later backtracked a bit from the strong comments.

“Because it shows confidence in our football team,” Pederson clarified why he backed his team so publicly. “I promise you that (Cowboys head coach) Jason Garrett is going to say the same thing with his team — that they are going to win the football game as well.”

The Eagles could receive a major boost on both sides of the football with the possible return of injured wide receiver DeSean Jackson and cornerbacks Jalen Mills and Ronald Darby. Jackson caught eight passes for 154 yards and two touchdowns in the season opener against the Washington Redskins, but has been out with an abdominal strain since getting hurt early in Week 2.

Philadelphia struggled defensively against the Vikings and a day later released starting linebacker Zach Brown. Mills and Darby returning would be a big lift, as the opposition has been especially effective in getting behind the Eagles secondary (280.2 pass yards allowed per game, 29th in the NFL).

“If it is one thing, it is a little easier to put it in a box and be able to deal with it, but we have been battling inconsistency,” defensive coordinator Jim Schwartz said. “I always say up here how we play, 3-3, well that’s the way we have played defense. We have played defense good and bad.”

The Cowboys have been one of the most maddening teams to figure out after starting the season 3-0 and then losing three in a row to the New Orleans Saints, Green Bay Packers and New York Jets. The loss to the Jets was especially distressing since it was New York’s first win.

Dallas responded after falling behind 21-3, but ultimately fell to .500.

Quarterback Dak Prescott put up solid numbers (28 of 40, 277 yards), yet couldn’t pull out the victory.

Like the Eagles, the Cowboys have also been besieged by injuries.

It’s unclear if wide receiver Amari Cooper will be able to return from a strained quad. In addition, starting tackles Tyron Smith and La’el Collins are questionable. Defensive end Tyrone Crawford is reportedly out for the season with hip surgery looming.

Even with three straight losses, the Cowboys can overtake the Eagles for the lead in the NFC East.

“I don’t know if I can say it’s a season-defining game,” running back Ezekiel Elliott said after the two-point loss to the Jets. “We’re still tied for the lead in the division. We have to go out there and get a win. Next week is a must-win.”