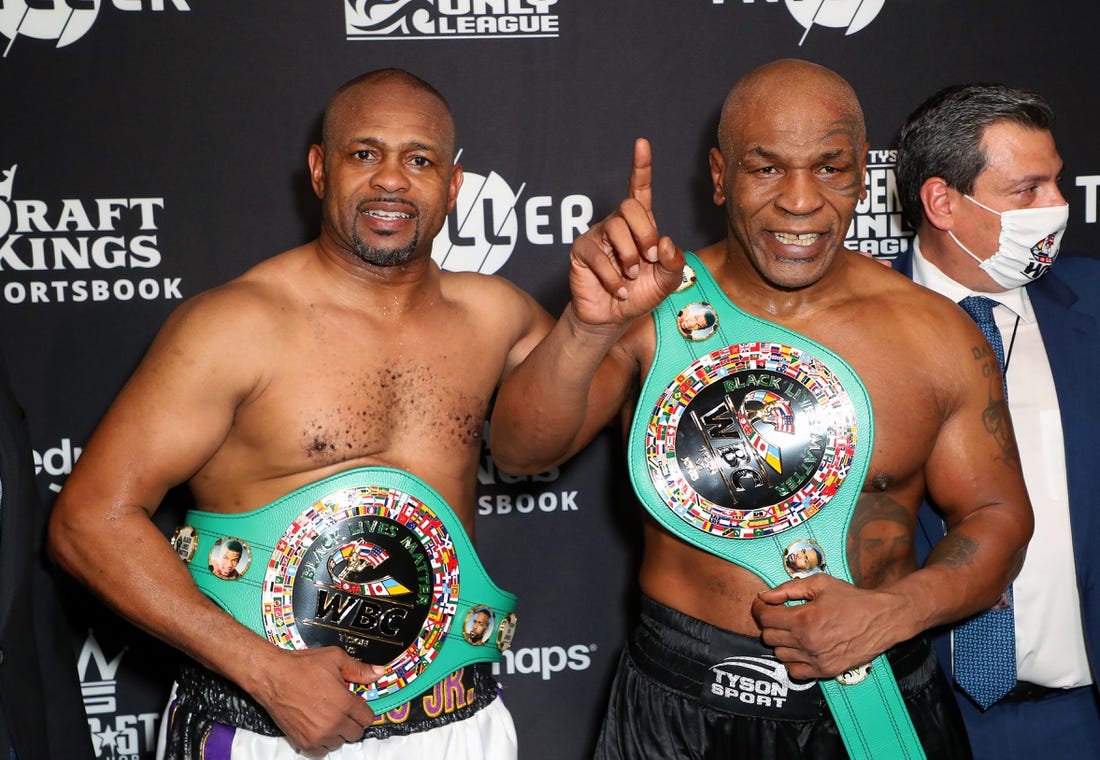 Roy Jones Jr. and James “Lights Out” Toney once met in the ring to determine who was the best pound-for-pound boxer in the world.

Some 27 years later, Jones and Toney were elected for induction into the International Boxing Hall of Fame on Tuesday. The duo will be inducted on June 12 in Canastota, N.Y., as part of the 2022 Hall of Fame class.

Also chosen for induction in the men’s modern category was former four-weight-class champion Miguel Cotto. Regina Halmich and Holly Holm were chosen in the women’s modern category, publicist Bill Caplan was picked in the non-participant category and journalist Ron Borges and historian Bob Yalen in the observer category.

Because of the COVID-19 pandemic, the 2020 and 2021 classes will also be inducted at the same time. Among the 2020 inductees are Bernard Hopkins and “Sugar” Shane Mosley; the 2021 inductees include Floyd Mayweather and Laila Ali.

Jones and Toney were both unbeaten when they fought for the IBF super middleweight title on Nov. 18, 1994 in Las Vegas. The bout was billed as “The Uncivil War.”

But the fight was largely one-sided with Jones winning a unanimous 12-round decision.

Jones, now 52, was one of the biggest stars of his era and finished 66-9 with 47 knockouts. He won titles in four weight classes, earned induction on his first year on the ballot.

Toney, who defeated a declining Evander Holyfield in 2003, went 77-10-3 with 47 knockouts. Now 53, he won titles in three weight classes was on the ballot for the second time.