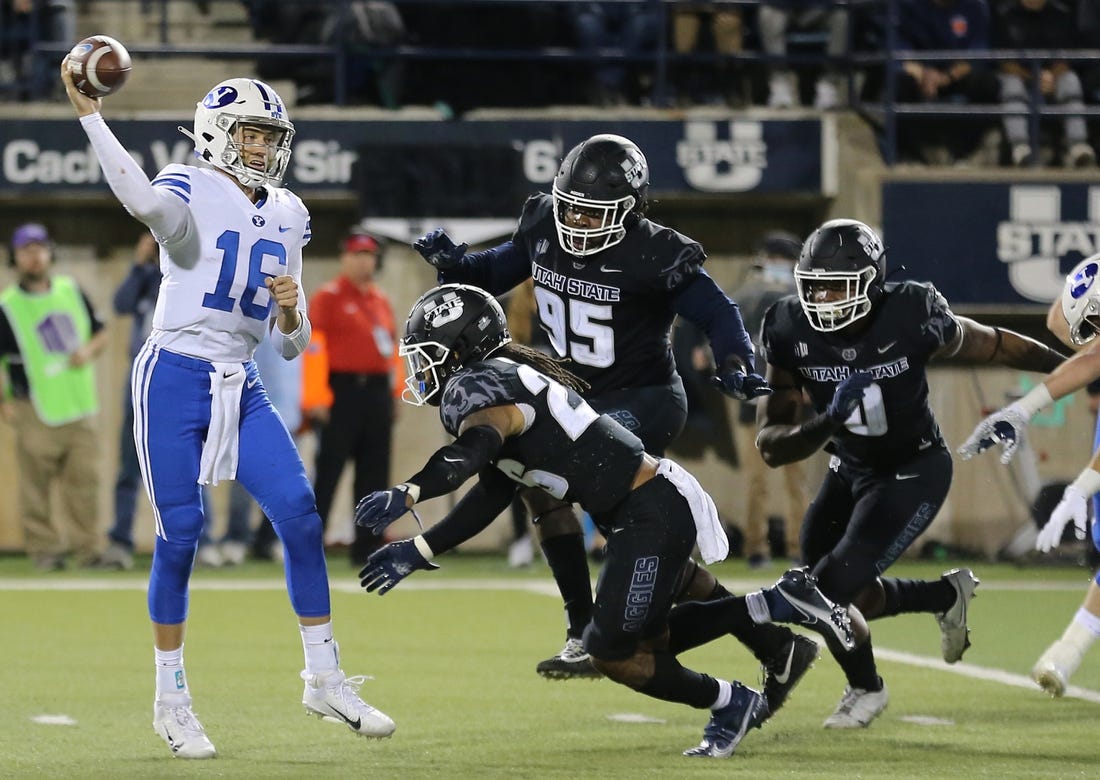 BYU is suspending its series against in-state program Utah State after this season’s matchup due to its impending entrance into the Big 12.

BYU athletic director Tom Holmoe said the move was necessary due to entering the Big 12 for the 2023 season. The Cougars had been an independent since 2011.

“As we prepare to enter Big 12 membership, we’ve had to make many adjustments to nonconference games on our future schedules,” Holmoe said in a statement. “We are grateful to Utah State for being a willing partner in scheduling games throughout the years, especially the last decade as we’ve navigated independence.

“While we don’t have the Aggies scheduled beyond 2022 at this point, we will continue to work together to play this in-state game again in the future.”

Utah State athletic director John Hartwell said his school will attempt to continue playing the Cougars in the future.

“Utah State and BYU have a long-standing history of annual competition on the football field and our goal is to continue the rivalry,” Hartwell said in a statement. “While we are disappointed to see the series go away for now, we are committed to working with BYU to find scheduling opportunities in the future.”

BYU holds a 50-37-3 series lead and has won four of the past six meetings. The Cougars beat the Aggies 34-20 in Logan last season.