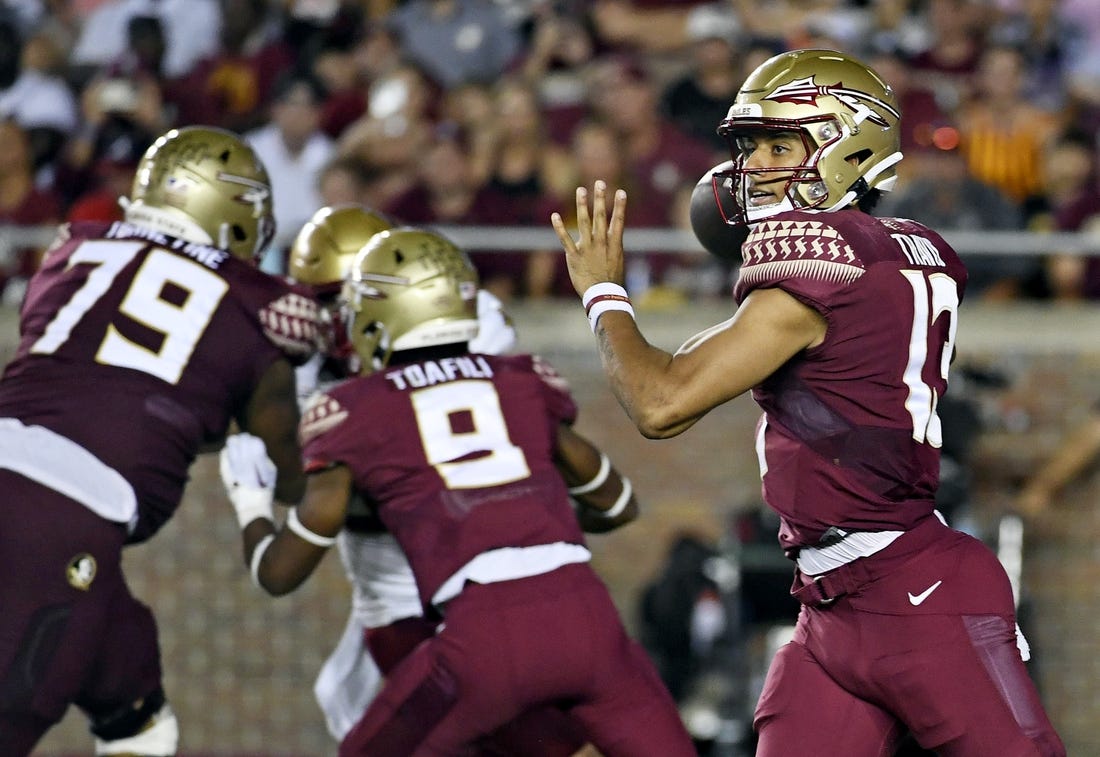 Trey Benson accounted for three touchdowns — including a 93-yard opening kickoff return — as host Florida State racked up 530 yards of offense en route to a 44-14 rout of Boston College in Tallahassee, Fla., on Saturday.

Jurkovec finished 15-for-23 for 105 yards, one touchdown and two interceptions. Morehead, Broome and Griffin all logged their first career scores for BC.

After Omarion Cooper picked off Jurkovec’s second pass attempt, Travis completed a 32-yard pass to Camren McDonald on fourth-and-9 to extend the drive for a touchdown. Cooper has three interceptions in just 11 career games for the Seminoles.

Benson added a 15-yard score with 6:05 left in the first quarter.

Travis capped the first half with a bang as Poitier’s 31-yard reception capped a seven-play, 65-yard drive that lasted 48 seconds.

Florida State made it 37-0 when Ward made a 22-yard house call with 9:19 left in the third. Fitzgerald missed the PAT.

The Eagles got on the board with 3:31 left in the third as Jurkovec found Broome inching out from the backfield for a 5-yard reception.

In the fourth, Benson broke free from 36 yards.

Morehead found Griffin for a 4-yard score in the final minute for BC.