Vandy tries to tip No. 2 Alabama for first time since 1985 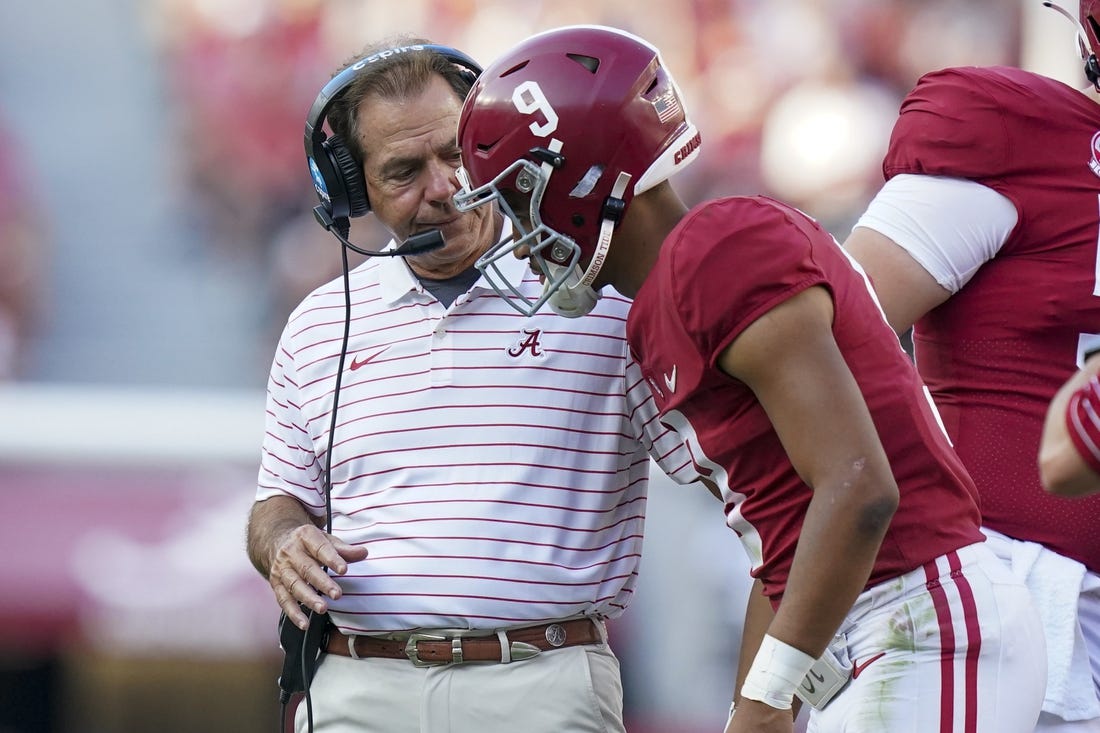 Vanderbilt coach Clark Lea was on the verge of his third birthday, president Ronald Reagan had just ordered sanctions against South Africa and Pete Rose set the record for Major League Baseball career hits in September 1985.

It was also the last time Vanderbilt beat Alabama.

The Crimson Tide roll out the welcome mat for the Commodores on Saturday afternoon as No. 2 Alabama aims for a 4-0 start and 23rd consecutive win over Vandy, one of five FBS teams with two road wins this season.

Of course, Alabama coach Nick Saban wants nothing to do with what’s behind the Crimson Tide. He’s pushing for his team to be laser-focused on the task at hand.

“It’s an SEC game. Vanderbilt’s 3-1,” Saban said. “Much, much improved team over last year. They have like 14 starters back, but they’re scoring 42 points a game and they play two quarterbacks. Both of them are very, very capable. Very good athletes. … This is a good all-around team, and it’s going to be a challenging game for us.”

Rolling into Alabama and leaving happy is a steep climb for any team, but perhaps even a taller ask for freshman quarterback AJ Swann. In what will be just his second career start — the first was last week at Northern Illinois — Swann does have momentum in his favor. He finished 18-of-28 passing for 255 passing yards while becoming the first SEC true freshman quarterback to throw for at least four touchdowns in their first career start since 2002.

“There’s no stage too big (for Swann),” Lea said Tuesday. “He’s shown it from the day he set foot on campus, the first practice, the first workout. He’s going to learn a lot and he’s going to have to grow a lot and there’s going to be mistakes made, because anytime you’re playing a freshman … you’re expected to learn on the move. But I’m excited for him. I know he’s excited to be the starting quarterback here.”

Vanderbilt beat Elon, edged NIU in a tight game last week at DeKalb, Ill., and opened the season with a victory at Hawaii. Those aren’t pelts Saban or most SEC coaches would display, but the Commodores have been no better than 6-7 since James Franklin left in 2013. Lea went 0-8 in the SEC last season and Vandy has one league win in its last 24 chances over three seasons (2019-2021).

“I think he’s changed the whole culture of the program. Their players play really hard. They play with confidence,” Saban said of Lea, who has never faced Alabama. “I think they believe in what they’re doing offensively, defensively, special teams, and culture is the biggest thing you try to establish in the program.”

For the sake of comparison, Alabama is 25-3 against SEC foes the past three seasons and Saban is dealing from a position of decided strength on Saturday because of the program’s top-end talent and depth.

Of note for Vandy, the offense has been sparkling in the red zone with scores on all 17 trips this season. That includes 15 touchdowns.

The Crimson Tide have worked on more up-tempo offense this week and Saban wouldn’t tip his hand, but didn’t downplay the edge Alabama gains when it runs at fastbreak tempo.

Saban is 18-2 in SEC home openers at Alabama.