Bucs and Seahawks to play NFL’s first game in Germany 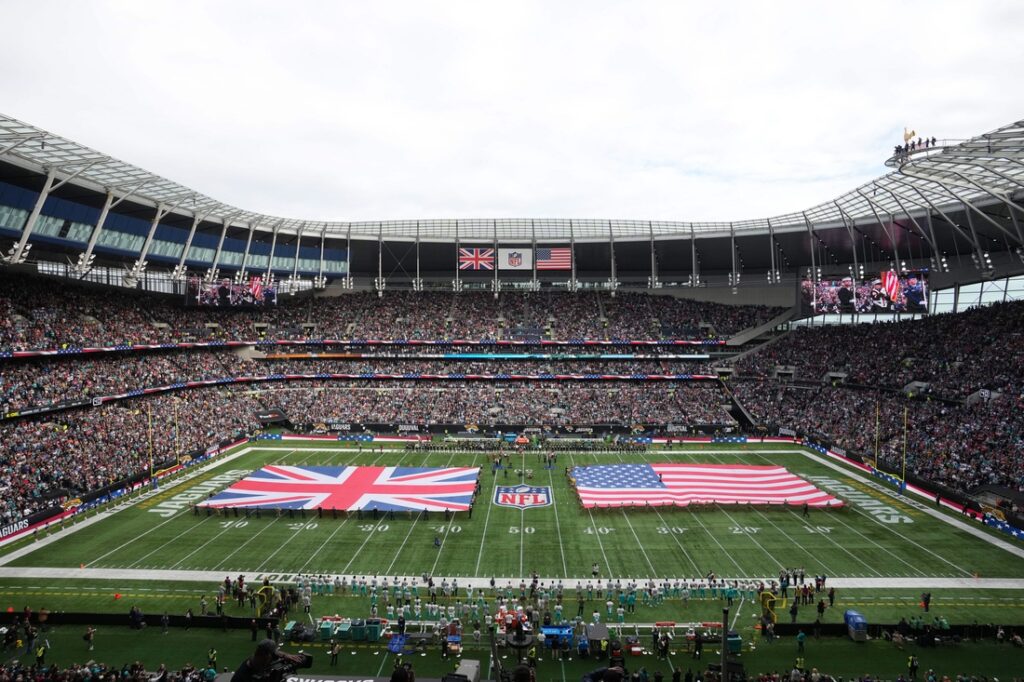 Tom Brady and the Tampa Bay Buccaneers will face the Seattle Seahawks on Nov. 13 in the NFL’s first regular-season game in Germany.

The NFL announced the international schedule for the 2022 season Wednesday, including three games in England in October and one in Mexico in November.

The Buccaneers and Seahawks will play at 9:30 a.m. ET at Allianz Arena in Munich.

The New Orleans Saints and Minnesota Vikings will meet on Oct. 2 and the Green Bay Packers will take on the New York Giants on Oct. 9, with both games at 9:30 a.m. ET at London’s Tottenham Hotspur Stadium. The Denver Broncos and Jacksonville Jaguars will play at London’s Wembley Stadium on Oct. 30, also at 9:30 a.m. ET.

On Nov. 21, the Arizona Cardinals and San Francisco 49ers will clash on “Monday Night Football” at Estadio Azteca in Mexico City.

The Broncos-Jaguars game will be the first NFL contest broadcast on ESPN+.