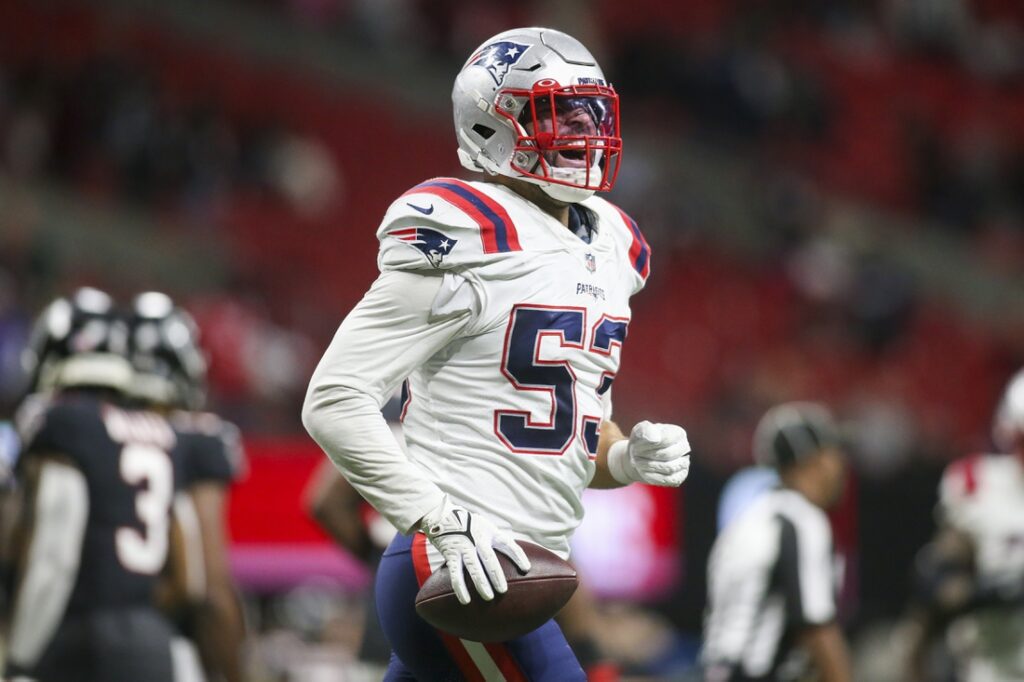 The Los Angeles Chargers signed free agent linebacker Kyle Van Noy on Thursday, though the team did not disclose the terms of his deal.

Van Noy was released by the New England Patriots in March in a cost-cutting move.

“I am so excited to be part of the Bolt Gang,” Van Noy said Thursday in a video posted on the Chargers’ official Twitter account. “Very excited to get to work. I’m ready to get to work with all of the great players that we have here and with the coach, Coach Staley, he’s amazing. … Bolt Gang, Bolt Up, all of it. Let’s go!”

The Chargers have beefed up their defense in the offseason, adding cornerbacks J.C. Jackson and Bryce Callahan, linebacker Khalil Mack and defensive tackles Sebastian Joseph-Day and Austin Johnson in free agency. They also chose safety JT Woods in the third round of last week’s draft.

Van Noy, 30, was a free agent for the third consecutive offseason. He signed a two-year deal worth $12 million with the Patriots about a week after Miami released him in March 2021.

In his second tour of duty in New England in 2021, Van Noy recorded 66 tackles, five sacks and two forced fumbles in 16 games (eight starts). He also played for the Patriots from 2016-19.

Van Noy has 28.5 career sacks and three interceptions in 111 career games (73 starts) for the Detroit Lions, Patriots and Dolphins. The Lions selected Van Noy in the second round of the 2014 draft.