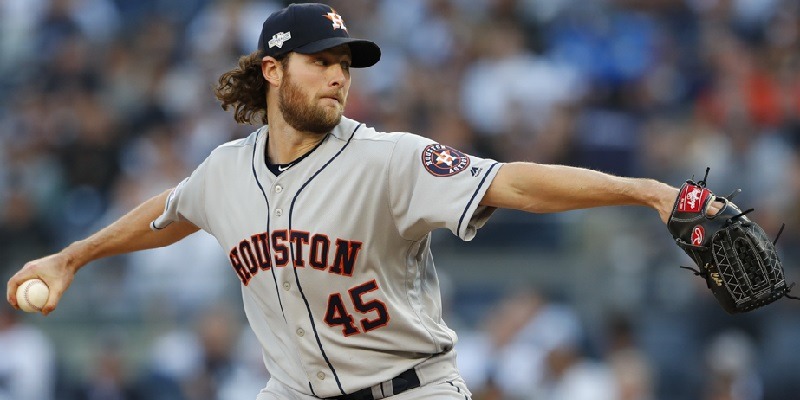 Game 4 in the best-of-seven series is scheduled for Wednesday night, but heavy rain is in the forecast. A rainout would push the game back to Thursday.

Cole (1-0) won his third consecutive start in this year’s postseason by holding the Yankees to four hits. The right-hander, who was drafted by the Yankees in the first round in 2008 but did not sign, struck out seven and issued a career-high-tying five walks while throwing 112 pitches.

Cole improved to 4-1 in the playoffs with the Astros. He won his team-record 19th straight decision over a 25-game stretch since May 27 in which he has a 1.59 ERA.

The Astros backed Cole with early homers off Luis Severino (0-1) as Jose Altuve connected two batters in and Josh Reddick went deep leading off the second.

Houston added two runs in the seventh when Altuve scored on a wild pitch by Zack Britton and Yuli Gurriel lifted a sacrifice fly.

The Yankees threatened in the first, second, fourth and fifth against Cole, putting at least two runners on base in each of those innings.

Cole opened the game by allowing consecutive singles to DJ LeMahieu and Aaron Judge and then walked Gleyber Torres to load the bases with two outs. However, he retired Didi Gregorius on an inning-ending grounder.

In the second, he struck out Judge to strand two runners, and in the fourth, he retired LeMahieu on a fly ball to the center field warning track with two on. The Yankees nearly took the lead in the fifth, but Gregorius flied out to right field on a ball that was inches away from being a three-run homer.

Cole then breezed through his final two innings and needed only 10 pitches in the seventh. The Yankees finally scored when Torres hit a one-out homer in the eighth off Joe Smith.

Will Harris easily finished the eighth, and Roberto Osuna tossed a perfect ninth for the save.

Severino allowed two runs and five hits in 4 1/3 innings. He struck out six and walked three.