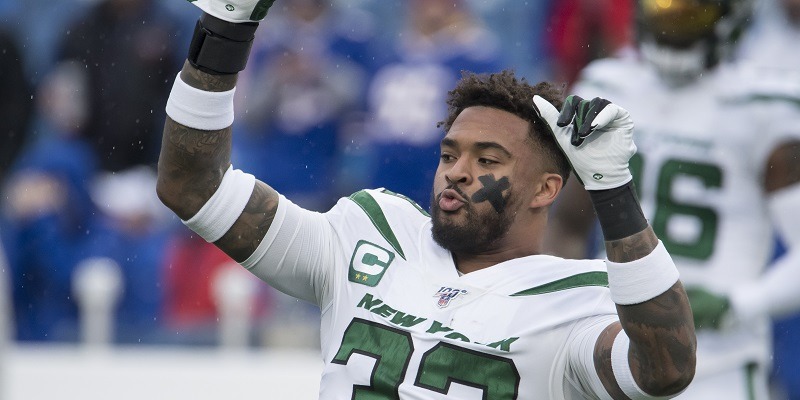 Safety Jamal Adams remains part of the plan for the rebuilding New York Jets. But that could change with the ring of general manager Joe Douglas’ phone.

Douglas said Monday during a pre-draft video conference that Adams, 24, is very much in his plan and part of the team’s foundation. Douglas added that he plans to “connect” with Adams after the draft to discuss making Adams a “Jet for life.”

That doesn’t mean he won’t listen if teams call with a trade offer this week.

“I’ve made it known that the plan would be for Jamal to be here long term,” Douglas said. “I’ve also made it known that I have to do what’s in the best interest of this team. If other teams call and talk about players, I’ll listen. Going into this draft, my intent isn’t to move any players. But if a team calls, we’re going to have conversations.

Adams said he doesn’t know where he stands with the team because he has no official account from Douglas and head coach Adam Gase that they want him around.

Last October, Gase and Douglas fielded calls from teams interested in acquiring Adams — reportedly the Dallas Cowboys chief among them — which prompted the All-Pro safety to give coaches and the GM the silent treatment for several days.

Since then, fellow All-Pro safety Eddie Jackson signed a four-year, $58 million deal with the Chicago Bears, pushing the bar higher for players at the position. Adams said a month later at the Super Bowl that he didn’t necessarily need to be the “highest paid whatever.”

Adams said he plans to skip the voluntary portion of remote workouts with the Jets that are scheduled to begin April 27.

Douglas wouldn’t say Monday whether he thought Adams should be the team’s highest-paid player: “I’m not going to touch that one.”

“I’m not going to get into hypothetical about engaging and going back and forth,” he said. “My opinion on Jamal has been consistent since I arrived here. Jamal is an unbelievable young player. Our plan is to keep Jamal here a long time.”