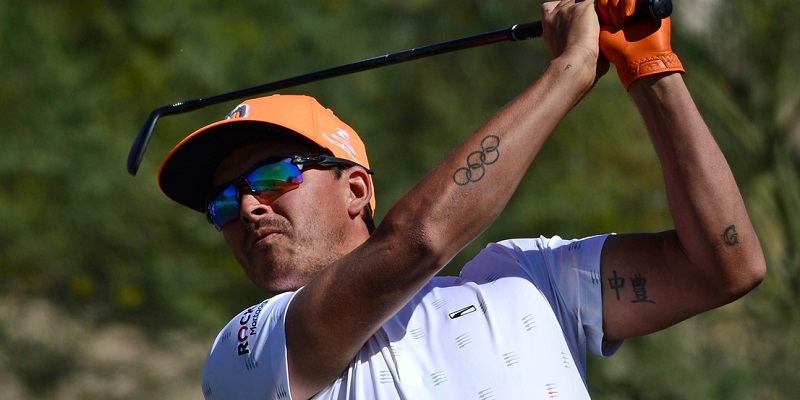 Rickie Fowler was unable to cash in on a two-shot lead entering Sunday, but took positives out of a tie for third at The CJ Cup @ Summit as he attempts to regain his lost form over the past two years.

Fowler closed with a final-round 71, better than only five of the 77 players who finished the tournament. But he took solace that it was only a few loose shots rather than a complete meltdown of his game that led to Fowler finishing three shots behind winner Rory McIlroy.

“I just had a couple swings that got me out of position,” Fowler said. “Struggled a bit on the greens just with feel and speed. So really, all in all, you factor that in, miss a couple opportunities coming down the last couple, we’re only three shots back of Rory.

“So a lot of good stuff. Obviously disappointed, but this is a big step in the right direction with where we’ve been in the last two years.”

Having fallen to 128th in the Official World Golf Ranking, Fowler certainly took advantage of his sponsors exemption into the limited field. He held the overnight lead following a 63 on Sunday and was attempting to become the first sponsor exemption to win on the PGA Tour since Martin Laird won the 2020 Shriners Children’s Open.

Fowler birdied two of his first four holes on Sunday, but double-bogeyed the par-5 sixth hole and never led again. He was 1-under over his final 12 holes to finish at 22 under while McIlroy and Collin Morikawa began to pull away, and Fowler is now 2-for-8 in his career when holding the third-round lead or co-lead.

Still, this week marked Fowler’s best finish on tour since a runner-up at The Honda Classic in 2019, with his most recent victory coming earlier that year at the Waste Management Phoenix Open.

Fowler led the field at the CJ Cup in Strokes Gained: Off the Tee and SG: Tee to Green and also hit all 18 greens in regulation on Saturday for only the third time in his career on tour. He acknowledged his struggles with the speed of the greens, with two three-putts on Sunday contributing to finishing 73rd in the field in SG: putting.

Fowler is now heading to Japan for the Zozo Championship and looking to build on an overall solid performance at The Summit Club after missing his two previous cuts.

“It’s definitely nice,” he said. “It felt good to finally hit the golf ball properly, at least most of the time, for 72 holes.
“Go do some (putting) work when we touch down in Japan. Other than that, like I said, happy with the rest of it.

“It’s been a long journey, but definitely thankful for the team around me. It’s nice to kind of show them that the work that we’ve been doing is paying off.”