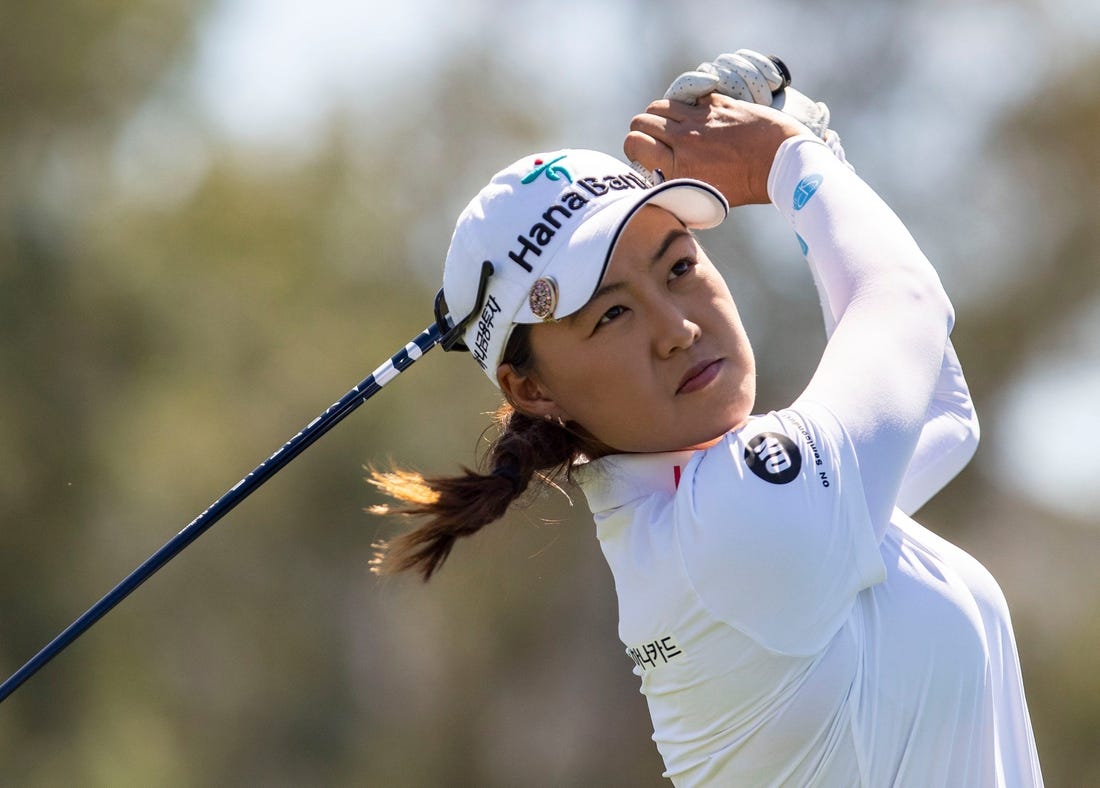 Minjee Lee of Australia went low with a 9-under 63 Friday to take the 36-hole lead at the Cognizant Founders Cup in Clifton, N.J.

Lee’s round featured eight birdies, an eagle and just one bogey. It helped her build a three-shot advantage over Ally Ewing, Lexi Thompson and Sweden’s Madelene Sagstrom, who enter the weekend tied for second at 11 under.

Lee holed a lengthy putt to eagle the par-5 12th at Upper Montclair Country Club. She was on track for a career-low 62 before her lone bogey at No. 16 brought her back a shot.

Lee is searching for her first win on the LPGA Tour since the Evian Championship — her first major title — last July.

Sagstrom led after the first round thanks to her own 63 Thursday, but starting on the back nine Friday, she was 2 over par for her round through five holes. She recovered with a birdie at No. 18 and three more on the front to shoot a 2-under 70.

“I was talking to (caddie Shane Codd) and I think I was trying a bit too hard,” Sagstrom said. “Trying to find the same momentum I had yesterday and it just wasn’t there, so I think I kind of just had to calm myself down.”

Thompson shot a bogey-free 66, and Ewing matched the 66 with seven birdies and just one bogey. Thompson was glad to improve her showing on the back nine from a 1-over 37 Thursday to a 3-under 33 Friday.

“My front nine was definitely a little sketchy (Thursday). Wasn’t my best ball striking,” Thompson said. “Just felt a little bit out of it. But I just tried to scratch that going into the turn. … Let’s just start scratch and let’s just fire away at the pins and commit to my shots. That’s all I can do.”

New Jersey was also the setting for Thompson’s last victory on tour — the 2019 ShopRite LPGA Classic.

Finland’s Sanna Nuutinen shot a 4-under 68 to take sole possession of fifth place at 9 under. Paula Reto of South Africa (67), Carlota Ciganda of Spain (69) and Megan Khang (72) were tied for sixth at 8 under.

Eighty players made the cut of 1 under or better, including defending champion and world No. 1 Jin Young Ko of South Korea (5 under). Sixteen-year-old amateur Anna Davis shot a second straight 70 to make the cut at 4 under, her second made cut in as many starts on tour.