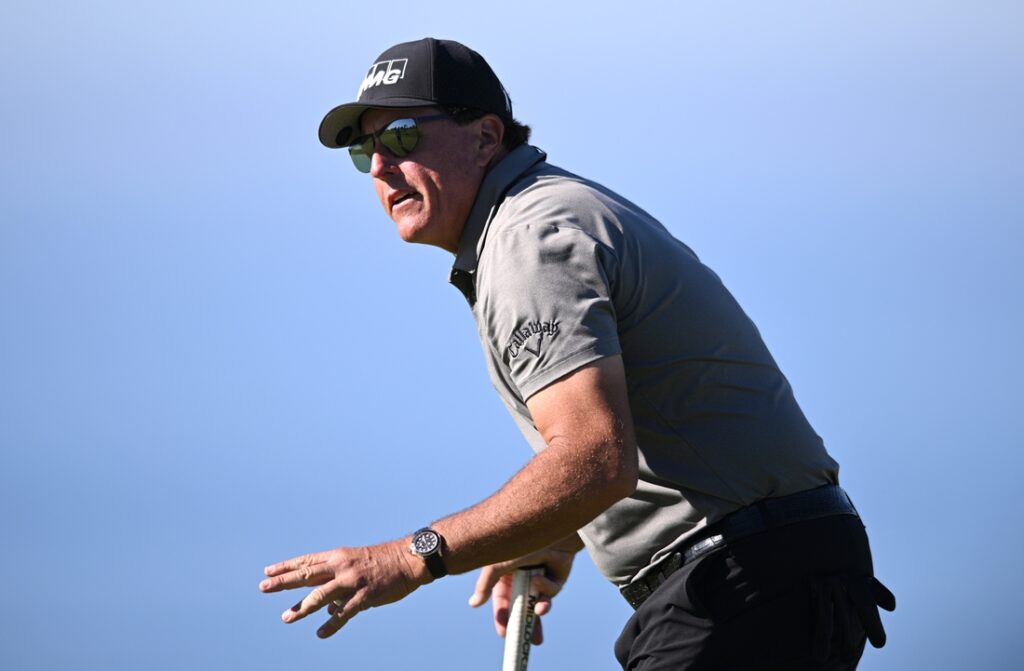 “There’s no question (it) hurt,” Norman told ESPN. “It hurt a lot of aspects. It hurt the PGA Tour. It hurt us. It hurt the game of golf. It hurt Phil. So yeah, across all fronts. It wasn’t just specifically to us. But it definitely created negative momentum against us.”

Norman is the CEO of the LIV Golf Invitational Series, formerly known as the Super Golf League. As the venture was trying to get rolling, comments from Mickelson published on Feb. 15, after a November interview with author Alan Shipnuck, caused a firestorm.

Mickelson referenced the killing of Washington Post reporter Jamal Khashoggi and called the Saudi Arabians “scary motherf—s to get involved with.” He went on to explain why he still had interest in joining the Saudi-backed league.

“(They) have a horrible record on human rights,” Mickelson was said, according to Shipnuck. “They execute people over there for being gay. Knowing all of this, why would I even consider it? Because this is a once-in-a-lifetime opportunity to reshape how the PGA Tour operates.

“They’ve been able to get by with manipulative, coercive, strong-arm tactics because we, the players, had no recourse.”

Norman said Monday that nearly one third of the top 50 players in the world were committed to playing in the new golf tour. When Mickelson’s comments were revealed, many top players reaffirmed their commitment to playing on the PGA Tour.

“Quite honestly, we were ready to launch (in February),” Norman said to ESPN. “We had enough players in our strength of field, or minimal viable product, ready to come on board. And when all of that happened, everybody got the jitters, and the PGA Tour threatened people with lifetime bans and stuff like that.”

Originally set to be a 14-event schedule, the LIV Golf Invitational Series has restructured itself with a potential eight-event season. Of those, five are expected to take place in the United States. A total of $255 million is expected to be up for grabs.

Mickelson has since filed a request to play in an event that conflicts with the PGA Tour, signaling his desire to still play in the LIV Golf Invitational Series. A June 9-11 tournament is set for London and will be open to 48 players set to compete on 12 four-man teams.

“I’ve been very pleasantly surprised,” Norman said. “What has been talked about in the media and what is reality are two different things. We know what’s happening with a lot of interest expressed. From an expectation standpoint, we’ve got a lot of interest from significantly named players.”