Max Homa rises to career-high No. 29 in world 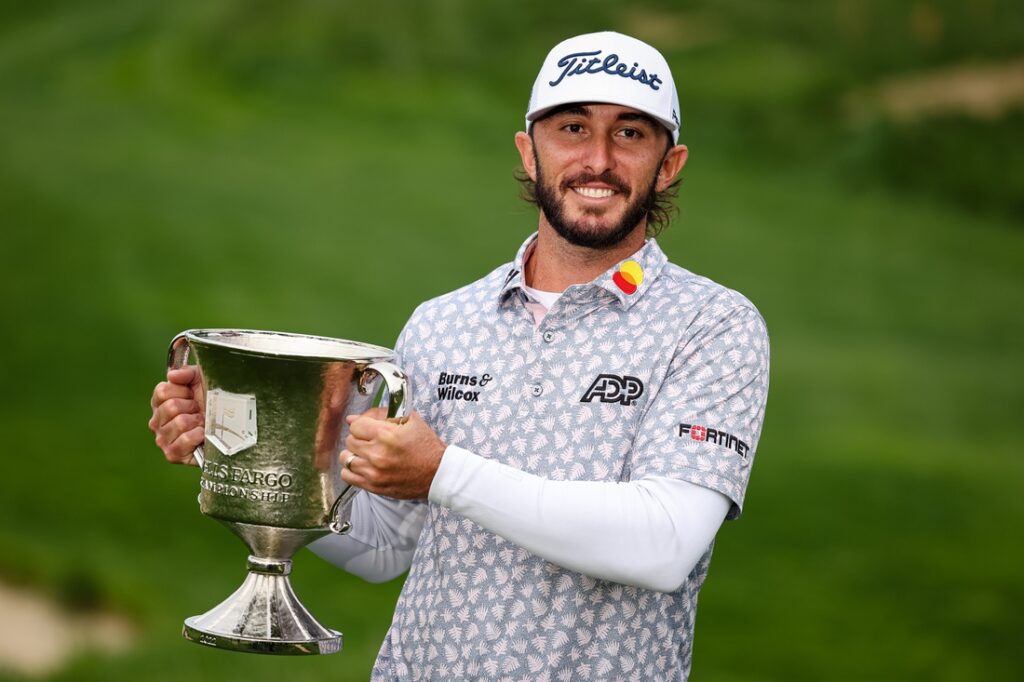 The 31-year-old woke up on Monday as the 29th-ranked player in the Official World Golf Ranking. That is a new career-best for the California native following his two-shot victory at the Wells Fargo Championship on Sunday.

Homa’s previous career high-water mark had been No. 31 following his victory at the Fortinet Championship to kick off the PGA Tour’s “fall swing” earlier this season. After winning twice in 2021, Homa is now the fifth two-time winner on tour this season after claiming his fourth career PGA Tour title.

“Sometimes my life feels too good to be true and this is one of those cases,” he said on Sunday. “It’s crazy, it feels really good.

“Obviously, seen some low spots on this tour and for the last three years now kind of finding my stride and racking up four wins is crazy. Career’s kind of settling down and I’m settling into myself as a golfer.”

Homa overtook Keegan Bradley with a 2-under-par 68 in the final round. Bradley, who settled for a tie for second, did rise 20 spots to No. 44. That gets him inside the top 50, the benchmark for qualifying for all the major worldwide events.

Bradley tied with Matthew Fitzpatrick, who rose seven spots to No. 18, and Cameron Young, who climbed three places to No. 38 with his third runner-up finish of his rookie season.

Rory McIlroy claimed solo fifth with a pair of 68s over the weekend. However, he was unable to successfully defend a PGA Tour title for the first time in his career and remained No. 7 in the world.

With McIlroy the lone top-10 player in action last week, the only movement was Cameron Smith sliding past Patrick Cantlay for No. 4 and Sam Burns entering the top 10. Dustin Johnson fell to No. 11 for the second time this year.