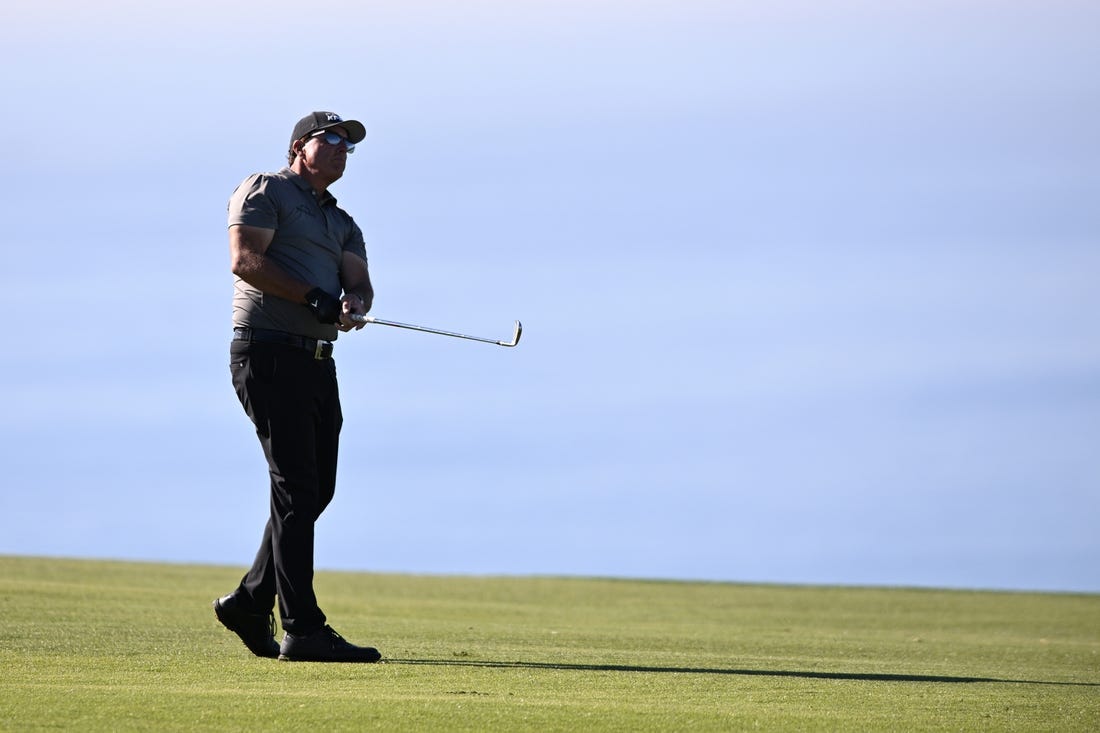 Years of hassle, back-and-forth sniping and “will they/won’t they” debate came to a head Thursday when the LIV Golf Invitational Series finally teed off at the Centurion Club outside London.

The notorious new golf league, financed by Saudi Arabia’s Public Investment Fund, seemed dead in the water as recently as February but managed to launch with bigger names than many expected.

Here were the five overarching takeaways from the first round of the LIV Golf London Invitational.

Phil Mickelson appeared on a golf course for the first time since the Saudi International in early February. He began a self-imposed exile shortly thereafter, when his surprising comments about Saudi Arabia and the PGA Tour created enormous backlash.

Mickelson’s driver was a bit wild early, and his usually reliable short game let him down with a 3-putt bogey at the fourth hole and a double bogey at the ninth. But he rebounded on the back nine with birdies at the par-4 12th and the par-5 13th and 15th holes.

It added up to a 1-under 69 and a position on the front page of the leaderboard. The 51-year-old could have fared much worse given the long layoff and the massive number of eyes on his return.

With no media company stepping up to take the U.S. TV rights (yet), LIV is livestreaming the first event over Facebook and YouTube. Longtime soccer play-by-play man Arlo White brought professionalism, and without advertising, there were inarguably more golf shots to watch.

But bear in mind the broadcasters work for LIV, too. Their job is to hype up the tournament, and they did so eagerly. When Talor Gooch landed his opening tee shot on a par 3 to about 12 feet, the analysts gushed over how close he came to a hole-in-one.

Unlike the golfers, who danced around the topic of Saudi money during press conferences, the commentary team was not afraid to talk dough. There were cheeky jokes about the exorbitant prize money on offer. Jerry Foltz said nothing so far had “made anybody regret the decision they made to be a part of this.” OK then.

With Dustin Johnson headlining the London Invitational and Bryson DeChambeau and Patrick Reed set to join the group at the second event, we know there will be no shortage of high-wattage stars. But the 48 players in the field Thursday certainly aren’t the 48 best players in the world; it even included a few amateurs, one of them 15 years old.

So the LIV broadcast leaned into introducing lesser-known players, with a heavy dose of Zimbabwe’s Scott Vincent, who played with Mickelson and Johnson, and Thailand’s Phachara Khongwatmai, who spent much of the day in the lead.

These players won’t be familiar to North American fans, something LIV certainly hopes to change. Vincent is inside the world top 100 and won his third Japan Tour event just two weeks ago. He shot 3 under on Thursday, better than both of his more famous partners.

Microphones in each cup provided loud, tacky sound effects anytime a putt dropped. The leaderboard graphic was touted and compared to a Formula 1 chyron; with everyone on the course simultaneously, viewers just needed to know how many holes they had left to play, a la how many laps remained in a race.

Other than that, it was … basically a standard golf leaderboard, displaying players’ scores to par. Names were abbreviated, so if you didn’t know who O.BEK was, you were out of luck.

In another nod to F1, LIV Golf has both an individual winner and a team component. But new teams will be drafted each week, so what’s the point from the fan perspective? It didn’t appear that any fans gathered on social media to root for “Niblicks” or “4 Aces” and their amateurish logos, except ironically.

5. Get ready for the long haul

Golf fans might feel exhausted from the ordeal that got us this far. But Thursday was less a destination than a turning point for the controversial series.

The PGA Tour announced suspensions for the 17 current and former members who played in London, less than an hour into the round. LIV responded with a statement calling the PGA Tour’s move “vindictive” and guaranteeing that “this certainly is not the last word on this topic.”

Expect Greg Norman to pursue some form of legal action.

At the same time, it was reported that LIV applied for Official World Golf Ranking status so its players can earn world rankings points. How will the OWGR board respond? And might that anger the golfers sticking with the PGA Tour?