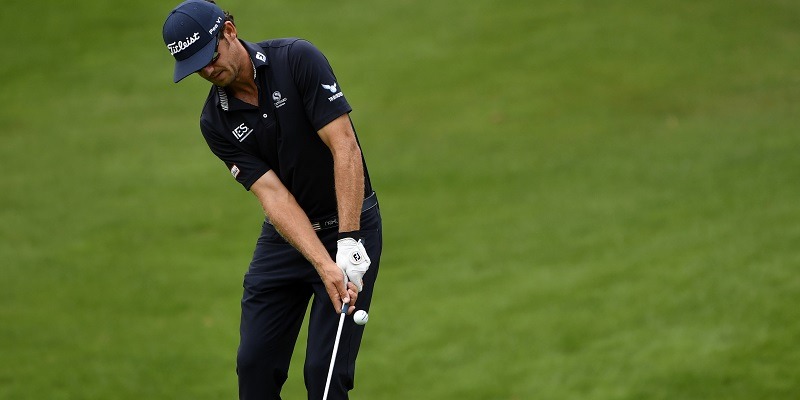 Lanto Griffin birdied the 16th hole while other contenders made late bogeys as he earned his first PGA Tour victory with a one-stroke win at the Houston Open on Sunday.

Griffin, who began the day with a one-shot advantage, fired a final-round 3-under 69 that included a 33-foot birdie on the par-3 16th.

“I played really solid. I’m so proud of the way I hung in there. The putter let me down a little back on the back nine but my iron shots were pretty darn good. I just felt calm. I don’t know why, but it’s pretty surreal.”

Harrington made three birdies on the front nine and charged on the back side with a 3-under stretch from Nos. 12 through 16. His undoing was a three-putt bogey from 37 feet on the 17th hole. He missed a 17-foot birdie putt on the 18th.

Hubbard went out in 4-under 32 but failed to make a birdie after that. He had the lead until his errant tee shot on the par-5 led to bogey.

Griffin, 31, took his one-shot lead into the 486-yard par-4 closing hole that he had played in 3-over in the previous three rounds, including a double bogey on Friday. He took the water on the left out of play by driving his tee shot into the right rough.

“I felt eerily calm. I really did,” he said. “I wasn’t that nervous. Where I hit it was pretty much dead center of the fairway for me.”

Griffin two-putted from 59 feet to clinch the win.

He earned back his PGA Tour card via the Korn Ferry Tour last season and has finished in the top 20 of all five events of the new season, which began last month. With the win — coming in his 33rd PGA Tour event — he gets a two-year exemption on tour and qualifies for the Masters and PGA Championship.