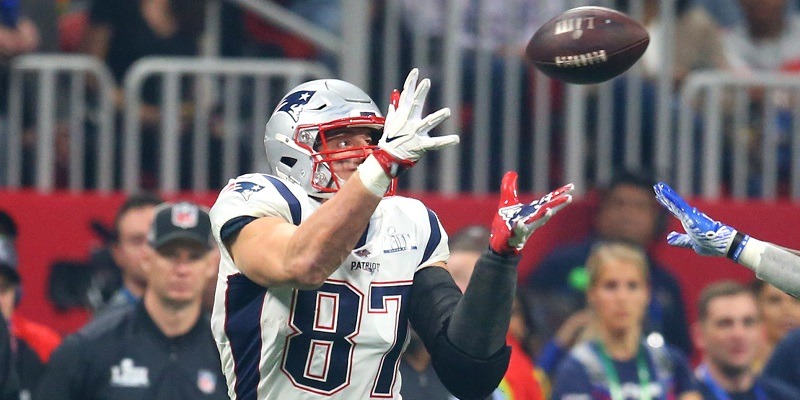 New England Patriots tight end Rob Gronkowski is expected to contemplate retirement again this offseason, according to NFL Network’s Ian Rapoport.
Gronkowski, 29, told reporters last month he is not thinking about retirement after first broaching the subject following last season’s Super Bowl. Rapoport said those close to him think he’ll seriously consider it again, however.
Following New England’s Super Bowl LII loss to the Philadelphia Eagles, Gronkowski would not commit to playing the 2018 season. The ensuing offseason was tumultuous for Gronkowski, who was the subject of numerous trade rumors and skipped OTAs.
Gronkowski reported to Patriots training camp, and the team restructured his contract to boost his potential 2018 earnings by $4.3 million. The star tight end is under contract at a base salary of $9 million in 2019, then will become a free agent.
The oft-injured Gronkowski has struggled to stay on the field yet again this season, catching 47 passes for 682 yards and three touchdowns in 13 games. He has battled back and ankle injuries.
The Patriots face the Los Angeles Chargers in an AFC divisional-round playoff game on Sunday.
–Field Level Media