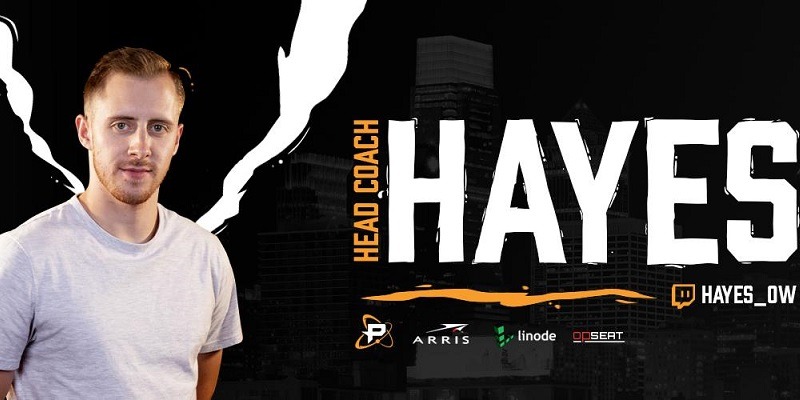 Hayes called his two years at the helm as “a rollercoaster of highs and lows.”

“Thank you to all the players that I’ve worked with, staff that have supported me and most importantly fans that have cheered for Fusion,” he wrote.

The Brit added that he is looking for a new team in the Overwatch League.

He helped lead the franchise to a sixth seed in the Season 1 playoffs in 2018, with the Fusion advancing to the Grand Finals, where they lost to Spitfire 2-0. Philadelphia faded in Season 2, finishing 10th of 20 teams and failing to qualify for the season playoffs.

Last week, the team parted ways with streamers Jeff “emongg” Anderson and Emre “Kabaji” Dincer. Both had been with the Fusion since 2018 — Kabaji since March of that year, emongg since May — when the team reached the playoff finals of the inaugural season of the Overwatch League.

They also split last month with Yann “Kirby” Luu, who was the director of operations in 2019.