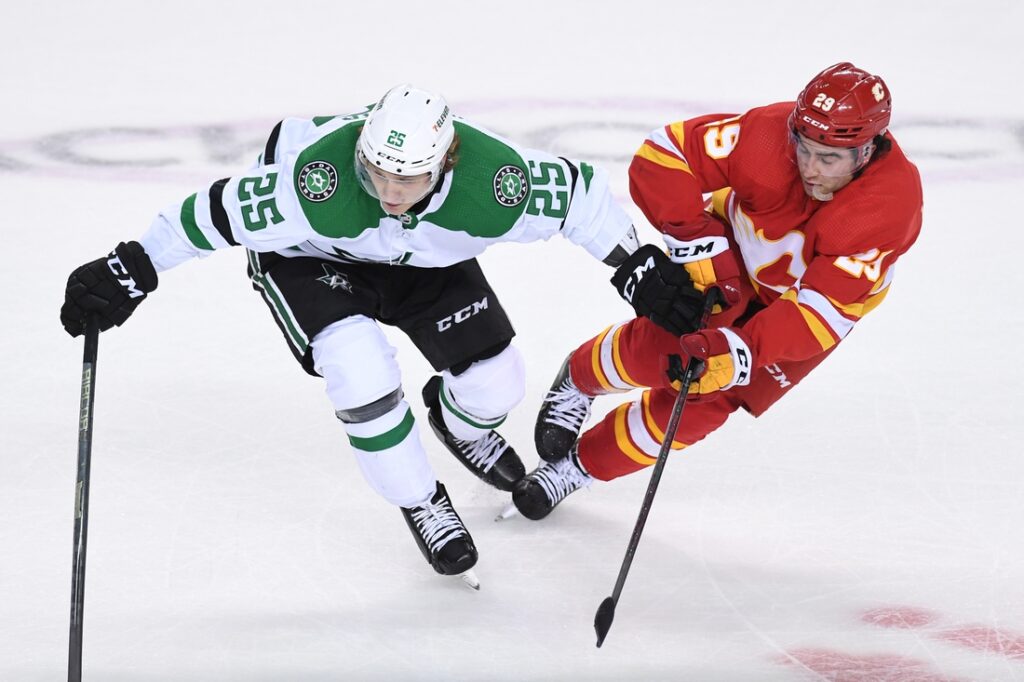 Joe Pavelski’s first-period goal held up as the game-winner thanks to a shutout performance by goaltender Jake Oettinger, and the visiting Dallas Stars beat the Calgary Flames 2-0 on Thursday to even their Western Conference first-round series at one win apiece.

Oettinger, in just his second NHL playoff start, made 29 saves — 12 of them in the third period. He has a shutout streak of 114 minutes and 59 seconds, and he has stopped 54 of 55 shots he has faced in the series.

Jacob Markstrom stopped 21 shots for the Pacific Division-champion Flames, who are in dire need of offensive production with just one goal through the first two contests of the best-of-seven series. Although not as busy as his counterpart, Markstrom did a great job of keeping his team in the game.

He has stopped 37 of 38 shots faced in the series.

The Flames have lost 12 consecutive Game 2s in playoff action.

Game 3 will be Saturday in Dallas, and the Stars will have plenty of confidence with the next two games in their arena.

Pavelski opened the scoring at the 7:47 mark of the affair in a manner he’s renowned for. The veteran center was headed to the net when Jason Robertson sent a long shot that Pavelski deflected into the top corner for the first Dallas goal of the series.

From there, the Stars did a masterful job of limiting Calgary from generating a steady stream of Grade-A chances.

When the Flames had a golden opportunity to crack Oettinger’s shutout bid, the 23-year-old goalie, who was fourth on the depth chart going into the season, stood tall.

Among his key saves were a lunging stop on Andrew Mangiapane’s rebound offering in the second period and then a clutch save on Tyler Toffoli late in the game.