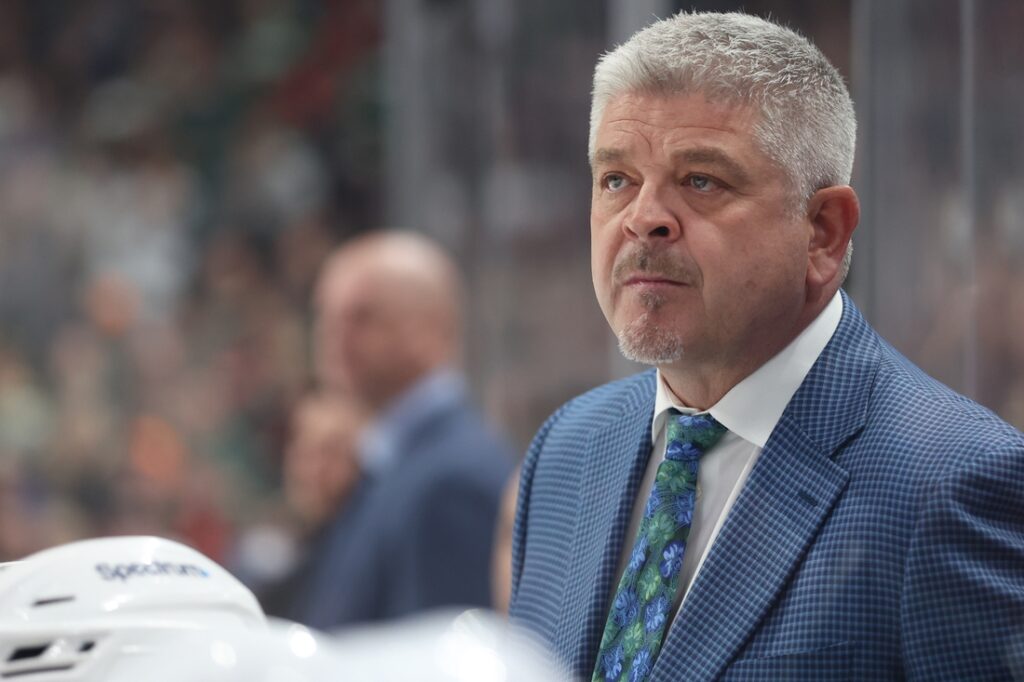 Lias Andersson scored his first goal of the season to break a tie early in the third period as the visiting Los Angeles Kings defeated the Seattle Kraken 5-3 Wednesday night.

Jared McCann, Ryan Donato and Jordan Eberle scored for the Kraken (26-48-6, 58 points), who blew a 2-0 lead for the third time in their past four games, all losses. Philipp Grubauer stopped 23 of 27 shots.

Andersson scored the go-ahead goal at 2:39 of the third. Brendan Lemieux got the puck along the end boards and made a blind backhanded pass to a wide-open Andersson out front.

Athanasiou added an empty-netter with 1:06 left to clinch the victory.

McCann scored the lone goal of the first period at 18:59. He won a faceoff in the offensive end and got the puck back from Yanni Gourde for a one-timer from the top of the left circle.

The Kraken made it 2-0 at 2:24 of the second as Donato collected the puck along the right-wing boards at the blue line, cut between two defenders on his way to the net and skated across the top of the crease before lifting a forehander over the glove of Quick, who twisted like a pretzel in an effort to make a backhanded stop.

The Kings got on the board at 10:11 of the second. After winning a battle for the puck in the left-wing corner, they got the puck back to Andersson at the point. He found Blake Lizotte along the side boards and he quickly passed to Vilardi for a one-timer from the inside hashmarks of the left faceoff circle.

The Kings tied it at 13:41 as Viktor Arvidsson took the puck behind the net before setting up Danault out front for a tap-in.

The Kraken regained the lead just 48 seconds later as Eberle took a drop pass from Matty Beniers, skated down the slot unmarked and lifted a shot over Quick.

The Kings pulled even again at 17:15 of the second when Moore tipped in Matt Roy’s shot.