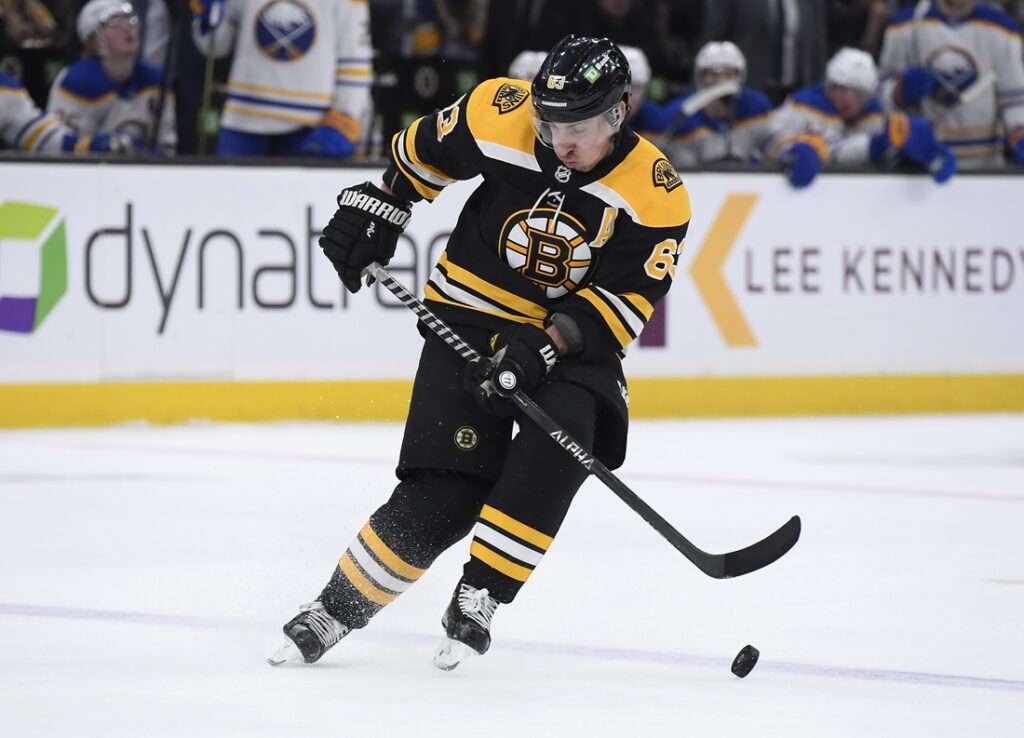 Brad Marchand scored a pair of third-period goals and had three assists as the host Boston Bruins earned a 5-2 win over the Carolina Hurricanes to even their Eastern Conference first-round playoff series at two games each on Sunday.

Boston began the third period on a 36-second 5-on-3 and capitalized as Sebastian Aho’s double-minor for high-sticking continued. At the 44-second mark, Marchand buried the go-ahead goal from the left circle following Charlie Coyle’s feed.

Patrice Bergeron finished with a goal and two assists. Jake DeBrusk and David Pastrnak each logged a goal and an assist, and Coyle added two helpers.

Jordan Binnington made 28 saves and snapped his nine-game postseason losing streak as St. Louis defeated visiting Minnesota to even their first-round playoff series at two games each.

Binnington, who replaced Ville Husso as the starting goaltender, earned his first playoff victory since Game 7 of the 2019 Stanley Cup Final.

Steven Stamkos, Pierre-Edouard Bellemare and Pat Maroon scored in the first eight minutes for Tampa Bay, which cruised to a win against visiting Toronto in Game 4 of their Stanley Cup first-round playoff series.

William Nylander scored two goals, Jake Muzzin also tallied and Jack Campbell made 11 saves on 16 shots before he was replaced by the Maple Leafs, who are trying to win their first playoff series since 2004.

Jonathan Quick collected his 10th career playoff shutout and host Los Angeles rode a pair of first-period goals by Trevor Moore and Troy Stecher to a win over Edmonton in Game 4 of their Western Conference opening-round series.

Carl Grundstrom added a pair of late goals and an assist for the Kings, who evened the best-of-seven series at 2-2. Game 5 will be Tuesday in Edmonton. Quick, who was pulled in the Kings’ Game 3 blowout loss, made 31 saves Sunday.

Goalie Mike Smith stopped 42 shots for the Oilers, who scored a combined 14 goals in a pair of victories in the second and third games of the series.