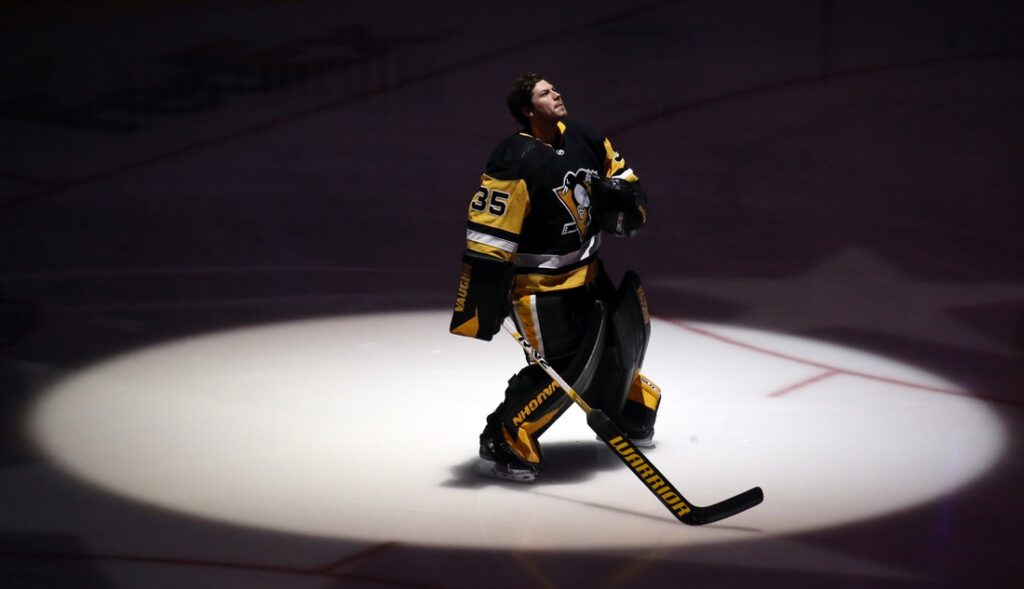 Prior to the team’s optional morning skate, Jarry worked on positioning and footwork with Penguins goaltending coach Andy Chiodo.

There is still no timetable for the return of Jarry, who has been considered week-to-week since breaking a bone in his foot on April 14.

Pittsburgh hosts the New York Rangers in Game 3 of their first-round playoff series on Saturday night. The best-of-seven series is tied 1-1.

With Jarry out and backup Casey DeSmith done for the season after core-muscle surgery Friday, No. 3 netminder Louis Domingue will make his second straight start. Domingue, who relieved the injured DeSmith in overtime in Game 1, had 35 saves in Thursday’s 5-2 loss in Game 2 in New York.

Jarry, 27, made the Metropolitan Division All-Star team this season and finished 34-18-6 with four shutouts, a 2.42 goals-against average and a .919 save percentage.