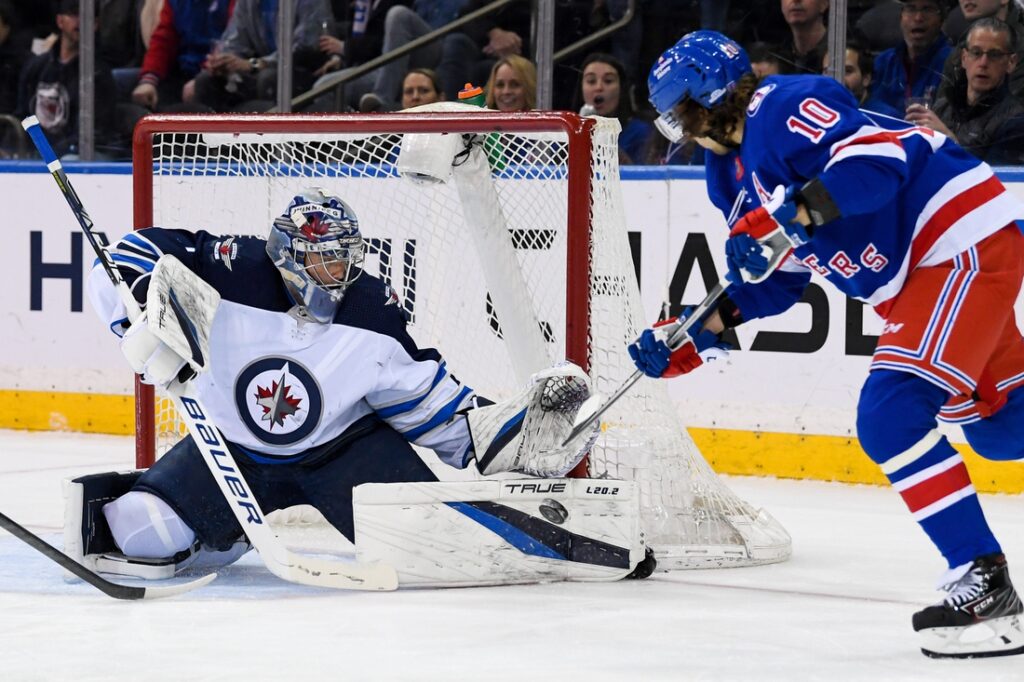 The New York Rangers officially have two games left in the regular season.

But for all intents and purposes, the regular season ended Tuesday night for the Rangers, who will be focused on staying healthy for next week’s Stanley Cup playoffs when they host the Montreal Canadiens in the penultimate game for both teams Wednesday night.

The Rangers will be completing a back-to-back set at home after their hopes of finishing in first place in the Metropolitan Division ended with Tuesday’s 4-3 loss to the Carolina Hurricanes.

The Canadiens last played Saturday, when their losing streak hit nine games with a 5-3 loss to the visiting Boston Bruins.

The Rangers are advancing to the main playoff bracket for the first time since the spring of 2017, when they fell to the Ottawa Senators in the second round. New York lost to the Hurricanes in a qualifying round series in the summer of 2020, when the postseason consisted of 24 teams following the pandemic-shortened regular season.

“Wherever you’re going to finish, you’re playing a great team,” Rangers coach Gerard Gallant said Tuesday night. “Yeah, over the last couple of weeks, we had a chance at first. Didn’t happen. Am I disappointed? No, but it’s always nice to finish first.”

Gallant began taking the long view Tuesday, when second-line wingers Artemi Panarin and Andrew Copp each suffered injuries in the second period. With the Rangers trailing 3-1 entering the third, Gallant said he elected to keep both Panarin (upper body) and Copp (lower body) out even though trainers told him each player could return if necessary.

“I’m on the cautious side,” Gallant said. “I think if this was next week, one of those games, both of them would have been back.”

Panarin and Copp were ruled out for the game against the Canadiens on Wednesday afternoon.

No matter who takes the ice for the Rangers, they’ll be facing a reeling Canadiens team enduring the worst season in the storied history of the franchise.

Montreal’s nine-game losing streak is only its second-longest of the season, but unlike the 10-game skid from Jan. 20 through Feb. 13 — which began with consecutive overtime losses — this one consists entirely of regulation losses.

The team that finishes last has the best odds of winning the draft lottery, scheduled for May 10.

The Canadiens will likely play Wednesday without goalie Carey Price, who traveled with the team but is expected to meet Wednesday with the doctors who performed his knee surgery last July.

Price is 0-4 this season and didn’t debut until April 15 due to his recovery from the operation as well as a leave of absence he took to receive treatment for substance abuse issues.

“I thought it was a big plus for him to fight and get back from a long year of dealing with his injury,” Canadiens head coach Martin St. Louis said. “But we knew that it wasn’t just going to be smooth sailing, There’s possibilities and I think that’s where we’re at and that’s why he’s getting looked at.”