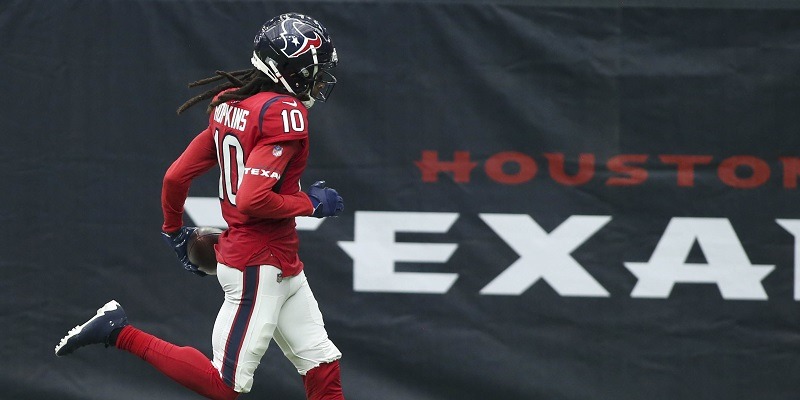 With Hopkins reportedly clearing that hurdle, the lone obstacle remaining to complete the trade between the Arizona Cardinals and Houston Texans resides in running back David Johnson passing his physical.

Difficulty in formalizing the medical checks due to the coronavirus pandemic has delayed the process.

The deal is expected to be finalized prior to the NFL Draft, which runs from April 23-25.

From the other day on the #texans. Here is how the offense is shaping up in their mind after all the moves they have made. https://t.co/7U9xLtjpm3

Hopkins, who turns 28 in June, is coming off three consecutive first-team All-Pro selections, tallying 315 catches for 4,115 yards and 31 touchdowns in 46 games over that span. He has three years and $39.9 million — none guaranteed — remaining on his contract.

Johnson is due $11.2 million guaranteed this season, the third-highest salary of any running back in the NFL. The 28-year-old has totaled 2,191 scrimmage yards (averaging 4.8 yards per touch) and 16 touchdowns over the past three seasons after posting 2,118 scrimmage yards (5.7 average) and 20 touchdowns during his All-Pro season of 2016.