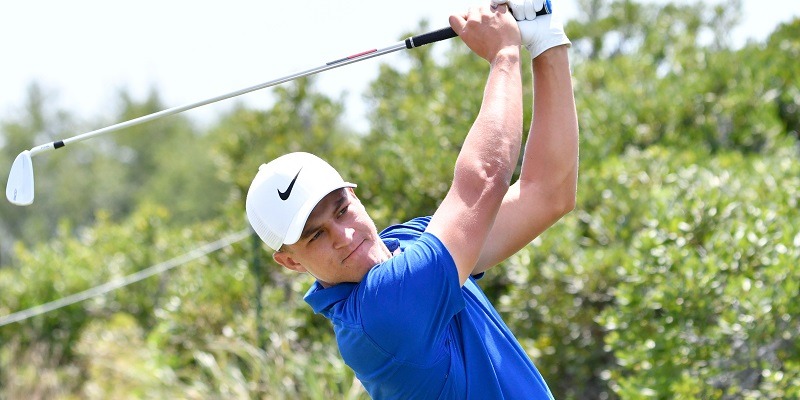 With only two of the world’s top 50 players in the field, this week’s Houston Open is primed for another assault from the PGA Tour’s young guns.

Through the first four events of the fall wraparound schedule, there have already been two first-time winners (Sebastian Munoz, Joaquin Niemann and a second-time winner in Cameron Champ.

Champ and Munoz are in the field this week, along with No. 37 Henrik Stenson and No. 43 Keegan Bradley.

Stenson (+850 by PointsBet): The two-time Houston Open runner-up will play a domestic fall event for the first time in the wraparound season. He has a strong track record on the course and will be battling a mediocre field.

Pat Perez (+2800) is finally healthy and a sneaky pick coming off a solo third last week.

Scottie Scheffler (+2800) was named the Korn Ferry Tour player of the year and is already playing his fifth event of the season as he attempts to secure his first PGA Tour victory.

Kyle Stanley (+4000) comes in under the radar with a game that hasn’t been in great shape for several months, but he’s one of the Tour’s best pure ball-strikers, which could stand out against a weaker field.

Of Note: Houston native and University of Texas sophomore Cole Hammer (+20000) will make his second career PGA Tour start on a sponsor’s exemption. His first was as a 15-year-old at the 2015 U.S. Open. … The Monday qualifiers include Jeremy Gandon, 22, and Logan McCracken, who will both make their PGA Tour debuts. The other two are George Cunningham and Andy Zhang, who was the youngest player to ever qualify for the U.S. Open as a 14-year-old in 2012. All four are +50000 longshots.