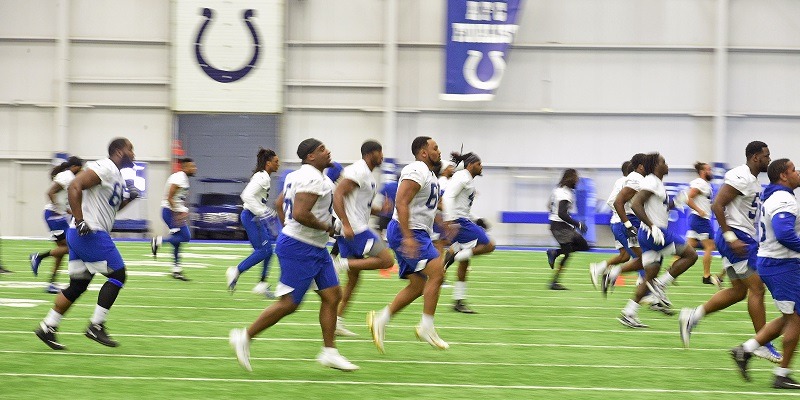 2019 snapshot: With more than $45 million still remaining in cap space, the Colts certainly could have gone bigger in free agency.

Trey Flowers, Earl Thomas, Ndamukong Suh and Le’Veon Bell were all realistic options, and Indianapolis probably could have nabbed two of them. But GM Chris Ballard is committed to smart, patient building, and it’s hard to question that approach after he orchestrated the Colts’ bounce-back season in 2018.

Ballard did pay up for Houston (two years, $24 million), who immediately brings a pass-rush presence the team hasn’t had since Robert Mathis retired, and on extensions for CBs Pierre Desir (three years, $22.5 million) and Kenny Moore (four years, $34 million). He also kept S Clayton Geathers (one year, $2.8 million) and DT Margus Hunt (two years, $9 million) on modest deals. The biggest surprise was the one-year, $10 million deal (with $3 million in incentives) for Funchess, who fell out of favor in Carolina.

Ballard didn’t do anything fancy in the draft, either, trading down a few times to collect a war chest of picks and spending them mostly on defensive talents. Ya-Sin, Okereke and Banogu will compete to start from Day 1, with all likely to have at least a rotational role early on. The lone offensive pick, Campbell, will be one of Frank Reich’s favorite weapons, with wheels to terrify defenses on the speedy Lucas Oil Stadium turf.

–The Colts have come a long way, going from 1-5 last season to being one of seven teams this year with a double-digit over/under win total (10). They’re capable of topping that mark, but 11 wins is a lot for any team.

–Yet to win an MVP in his career, Andrew Luck seems destined for one sooner or later. Unfortunately, Vegas feels the same way, putting his odds (+650) behind only reigning winner Patrick Mahomes (+450).

Bottom line: If Indy’s Super Bowl window were closing, you could question Ballard’s lack of aggression this offseason. But it’s not, and the Colts might still wind up in Miami in February anyway.