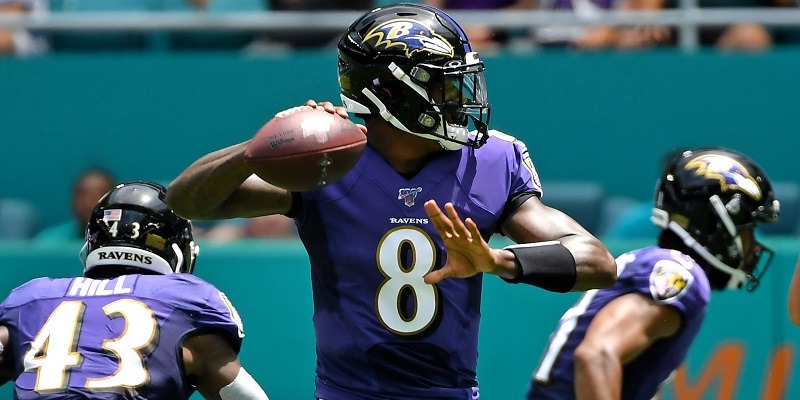 If you saw Lamar Jackson coming and backed up that hunch with cash, Sunday was a great day for those holding MVP futures tickets.

Jackson opened the NFL regular season at 100-1 to win the award, even odds with Bears outside linebacker Khalil Mack and Cowboys quarterback Dak Prescott at Westgate SuperBook in Las Vegas.

Jackson had five touchdown passes as the Ravens whipped the Miami Dolphins 59-10.

Prescott tossed four touchdowns and averaged 16.2 yards per completion while throwing for 405 yards as Dallas won 35-17 over the Giants.

What changed after Sunday’s Week 1 slate?

Quite a bit, actually.

Carolina Panthers running back Christian McCaffrey had a huge game against the Rams and is one of two non-quarterbacks on FanDuel’s updated odds at 30-1 (+3000). The other is the New York Giants’ Saquon Barkley.