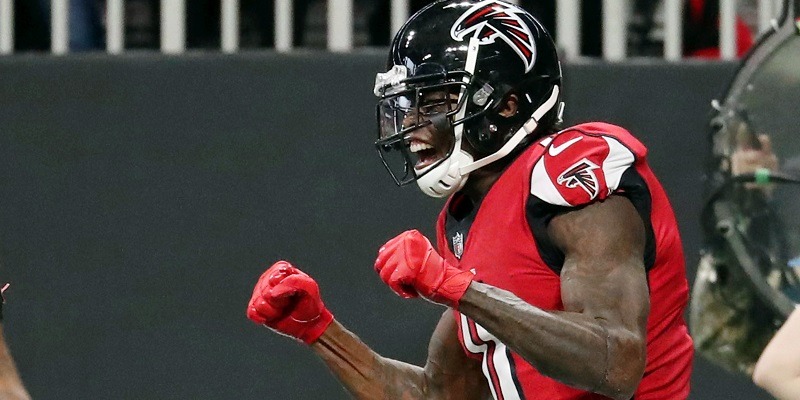 The Baltimore Ravens (+275) and San Francisco 49ers (+300) have the shortest odds by SportsBetting.ag should Jones be dealt. The next shortest odds belong to the New England Patriots.

The sportsbook is offering odds on 11 potential destinations:

Jones, 32, caught 51 passes for 771 yards and three touchdowns in nine games in 2020. His low production was a byproduct of injuries.

Jones’ career average of 95.5 receiving yards per game is the best in NFL history, but a hamstring injury derailed his 2020 season and third-year pro Calvin Ridley caught 90 passes for 1,374 yards and nine touchdowns.

The 49ers received an excellent rookie season from Brandon Aiyuk, which was much needed with Deebo Samuel struggling through an injury-plagued 2020. Depth behind them is thin with veteran Mohamed Sanu signed in free agency to compete for snaps with the likes of Richie James and Jalen Hurd.

San Francisco lost Kendrick Bourne in free agency to the Patriots, who also added Nelson Agholor as part of New England’s massive free-agent spending spree. The team also has 2019 first-round pick N’Keal Harry, who has yet to approach lofty expectations.