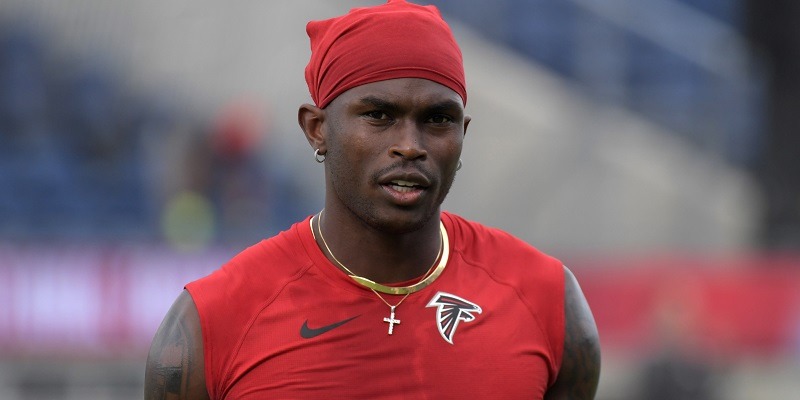 All-Pro wide receiver Julio Jones made it clear Monday morning that he doesn’t want to return to the Atlanta Falcons.

Hall of Fame member Shannon Sharpe, co-host of “Undisputed” on FOX Sports, called Jones live on the show and asked him if he was going to continue his career in Atlanta.

It wasn’t as clear, however, whether Jones knew he was on live television.

Multiple reports emerged before the NFL Draft last month that indicated that the Falcons were listening to trade overtures from other teams. NFL Network reported Jones requested a trade months ago. That came after Jones asked for a trade at the start of the offseason, and the team was trying to honor his request behind the scenes, ESPN reported, adding the Falcons are seeking a first-round draft pick in return.

Julio Jones: ‘I Want To Win’

Sharpe asked Jones if he had a preferred team, to which he said, “Right now, I want to win.”

As of Monday morning, SportsBetting.ag made the New England Patriots (-150) the overwhelming favorite to land him in a trade, followed by the Tennessee Titans (+300) and Baltimore Ravens (+700.)

Jones, 32, caught 51 passes for 771 yards and three touchdowns in nine games in 2020. His low production was a byproduct of injuries. The Falcons selected him with the No. 6 overall pick in the 2011 draft.

Jones and Ryan have been one of the most prolific combinations in NFL history. Entering last season, Jones’ career average of 96.2 receiving yards per game was the best in NFL history.

But the hamstring injury derailed his 2020 season and Ryan clicked with Calvin Ridley. The third-year pro caught 90 passes for 1,374 yards and nine touchdowns. He’s owed just $1.9 million in the final year of his rookie contract but the Falcons are planning to exercise his fifth-year option for 2022.