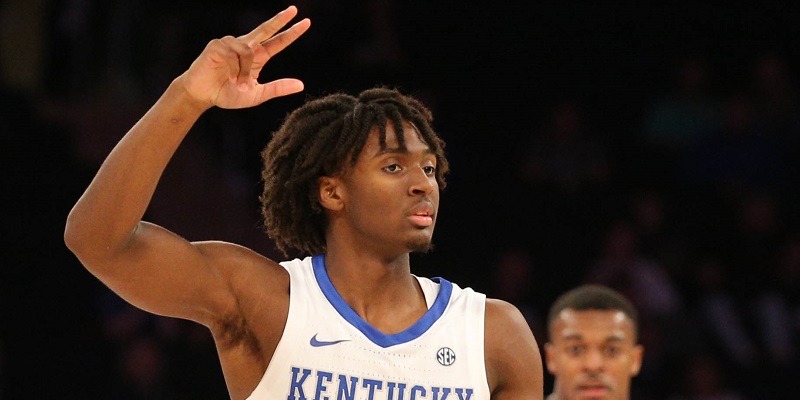 “It’s time for my next challenge though. My dream has always been to play in the NBA and I know I’m prepared for this because I’m Wildcat made,” Maxey said in a statement released by Kentucky.

Maxey is widely considered a lottery pick and is the No. 8-ranked player on ESPN.com’s NBA draft rankings.

Hagans, the Southeastern Conference Defensive Player of the Year last year as a freshman, declared for the draft on Sunday. The sophomore said in his formal announcement that he was ready to be tested at the NBA level.

Always a Wildcat. #BBN thank you for everything these last two seasons. 💙 pic.twitter.com/zsbtYYgzQX

Maxey averaged 14.0 points, 4.3 rebounds and 3.2 assists in 31 games in 2019-2020 for the Wildcats. A five-star recruit and McDonald’s All-American, Maxey joins a line of blue-chip guards produced by the Wildcats including Devin Booker, De’Aaron Fox, John Wall and Rajon Rondo.