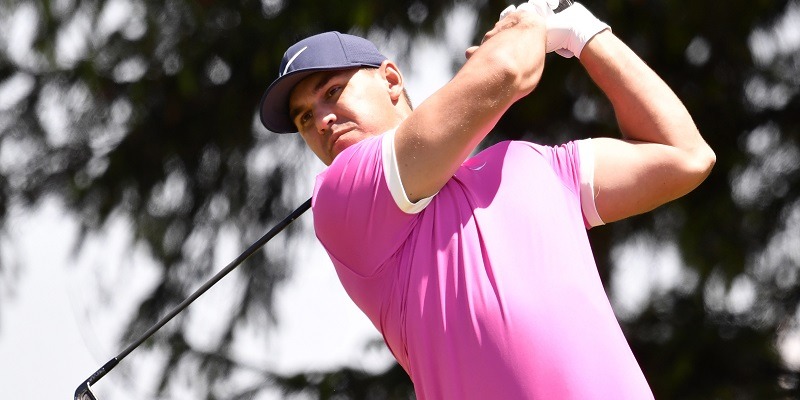 Brooks Koepka, who finished in the top five in all four major golf events this year, revealed Wednesday that he recently received a stem-cell injection to help repair a partially torn left patellar tendon.

He underwent the painful procedure shortly after the Tour Championship in late August, where he tied for third place.

“It wasn’t technically surgery; it was stem cell. Got to go in there and inject it,” Koepka said Wednesday ahead of the Shriners Hospitals for Children Open in Las Vegas, where he will make his 2019-20 season debut Thursday. “I was watching it on the screen as they were doing it, and it was probably one of the most painful things. I was screaming when they did it.

“I limped out of there. I was limping for probably two, three days after, and then it’s just about trying to grow the muscles around it. Try to get strong again, rest it. That’s kind of how we went with it, doing a little rehab. The important thing was to not walk with a limp. Those three days you’re kind of off your feet.”

Koepka said he is now seeing the benefits of the injection.

“I can finally practice again, which is nice, without pain,” he said. “Last year, I didn’t practice at all. I mean, I vocalized that, said I hadn’t practiced. I finally feel this year I can practice again. I think people forget, too, I also had a wrist injury. I was just coming back off that. …

“If I can come back and be healthy, that was the important thing. I finally feel good enough where I can actually practice and feel prepared coming into golf tournaments.”

Koepka, 29, shook off his ailments well enough last season to win three events, including the PGA Championship, his fourth major title. He also tied for second at the Masters, finished second at the Open Championship and tied for fourth at the U.S. Open.

Despite that record — and his ongoing status as the world’s top-ranked player — he finished second to Northern Ireland’s Rory McIlroy in voting for PGA Tour Player of the Year. McIlroy won the Tour Championship to capture the FedExCup, and he posted three victories on the season, but he didn’t finish better than a tie for eighth in any of the majors.

Koepka’s response to what some perceived as an unfair slight by his fellow golfers in the Player of the Year voting?

“I don’t play for awards,” he said. “I just play to win, win trophies, win tournaments. Yeah, (the Player of the Year) would’ve been great, but I think everybody in this room knows. I mean, LeBron (James) has only won four (NBA) MVPs, and I’m pretty sure he’s been the best player for more than just four years.”

Koepka added, “It’s great to finish second, but I have one goal — just to win. That’s it. Win as many times as I can this year. I enjoy the competition. That’s what I want. I want to be the best.

“Right now, I can set that pace, and, you know, everybody is in the rearview mirror. I just got to figure out how I can consistently stay on top and even grow that lead.”