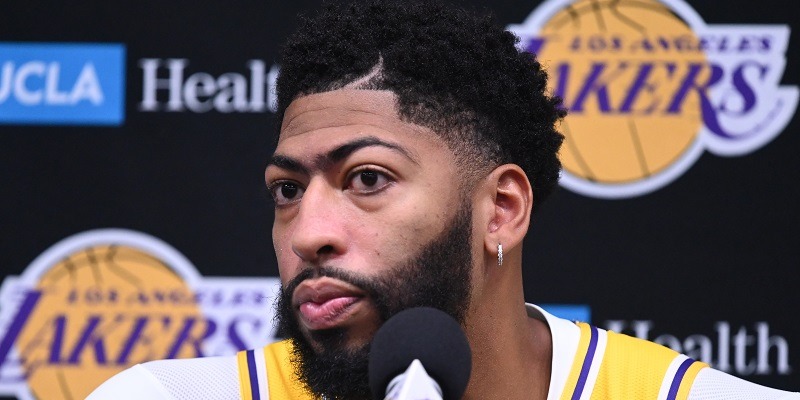 The Los Angeles Lakers’ big man suffered the injury during the first half of Saturday’s preseason came against the Brooklyn Nets in Shenzhen, China.

Davis initially stayed in the game after getting the thumb taped but later departed for good. He had six points and three rebounds in 12 minutes during the 91-77 loss to the Nets.

In three preseason games, Davis has averaged 14.7 points on 45.5 percent shooting and 5.0 rebounds.

Davis is in his first season with the Lakers after being acquired in an offseason deal with the New Orleans Pelicans.

Los Angeles opens the regular season on Oct. 22 against the Los Angeles Clippers.