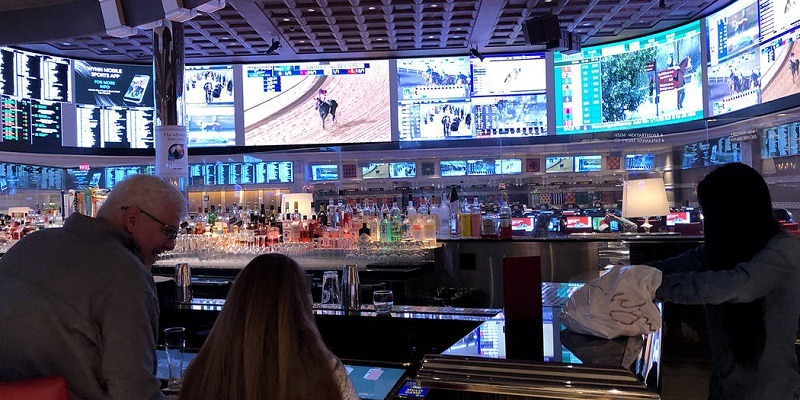 Las Vegas sportsbooks took a staggering hit in March where the world hit pause due to the coronavirus pandemic with a 76.3 percent reduction in dollars wagered, the Nevada Gaming Control Board said Wednesday.

The NBA, NHL, college conference basketball tournaments, PGA and NASCAR are among the pro sports league that came to a screeching halt in mid-March in response to the coronavirus pandemic.

Total sports bets in Nevada in March hit just $141.2 million, which was 76.3 percent lower than March 2019, when a record $596.8 million was wagered on sports. Nevada’s gaming business was down 39.6 percent for March, but casinos did not immediately close.

The 2020 NCAA Tournament was canceled and only a smattering of events took place beyond March 11, the night the NBA very publicly went on shutdown as Utah Jazz players were ushered to a testing area at Chesapeake Energy Stadium in Oklahoma City.

New Jersey also felt a loss at sportsbooks. New Jersey accepted $187.9 million in sports bets in March. They had $372.4 million wagered last March, which represents a drop of 51.2 percent.

Nevada casinos have been closed for 42 days as of Wednesday.

Several books in New Jersey reported record handle on the 2020 NFL Draft in April, but those totals are not yet official.