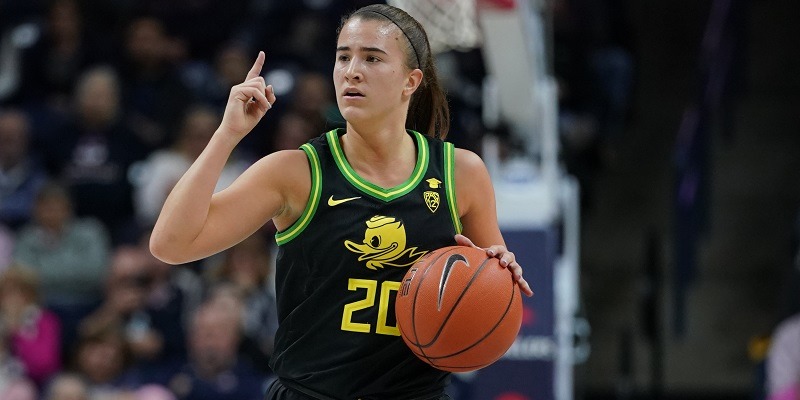 The New York Liberty selected Oregon guard Sabrina Ionescu with the No. 1 overall pick in the WNBA draft on Friday, adding one of the most decorated players in college basketball history to a squad that tied for next to last in the league in 2019.

“I’m just really blessed to be in this position that I’ve worked so hard for my entire life,” Ionescu said of being selected first overall.

She added of being chosen by the Liberty, “I’ve only been to New York twice, but I’m really excited to be able to get to Brooklyn (where the team will play its home games this year) and just enjoy the city and start playing.”

Ionescu was selected a unanimous All-American for the third consecutive year after becoming the first player in NCAA basketball history — men’s or women’s — to reach 2,000 points, 1,000 rebounds and 1,000 assists during a career. Her 26 career triple-doubles also top all NCAA men’s and women’s basketball players.

As a senior this year, the 22-year-old Walnut Creek, Calif., native averaged 17.5 points, a national-best 9.1 assists and 8.6 rebounds in 33 games. Ionescu had led Oregon (31-2) to Pac-12 regular-season and tournament titles plus the No. 2 ranking in the nation before the coronavirus pandemic wiped out the NCAA Tournament.

The Liberty were scheduled to make two more selections in the first round of the draft, No. 9 and No. 12. New York acquired those selections, plus the No. 15 overall pick, as part of a three-team trade on Wednesday that saw All-Star Tina Charles go from the Liberty to the Washington Mystics.

Two of Ionescu’s Oregon teammates, forwards Satou Sabally and Ruthy Hebard, also were expected to be selected in the top 10 of the WNBA draft.