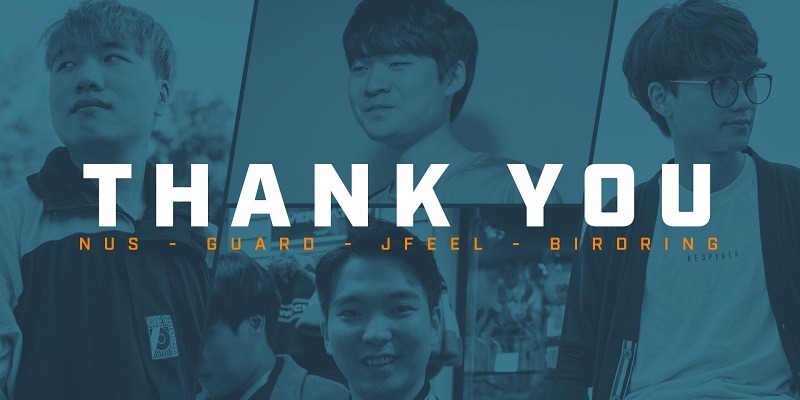 Thank you for all your hard work and efforts during your time with us! We wish you all the best in your careers moving forward 💙 🧡 pic.twitter.com/VyvhOLNuBa

Birdring, NUS and Jfeel had been with the Spitfire since the team’s inception, with Birdring and Jfeel coming to the Overwatch League from Kongdoo Panthera. Jfeel had announced Wednesday that he was pursuing other opportunities, while Birdring’s release will come as a surprise to many despite his struggles in Season 2.

Guard joined the Spitfire ahead of Season 2 after a year with South Korea’s Element Mystic.

“I was so happy to work with the best team and coaches for a year,” Guard tweeted Thursday.

London won the inaugural OWL season, but finished seventh in Season 2 and were eliminated by eventual champion San Francisco in the playoffs. They are the first team to officially announce player roster changes since the end of Season 2.

“Thank you for all your hard work and efforts during your time with us!,” the Spitfire tweeted Thursday. “We wish you all the best in your careers moving forward.”